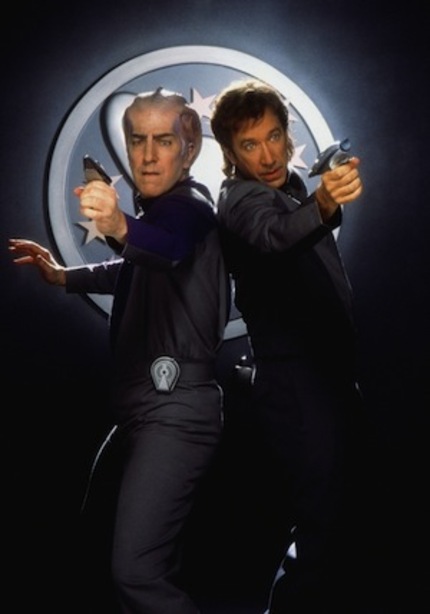 I am probably flattering myself a little too much in thinking that there is an eagle-eyed reader or two who noticed that this East Coast Editor no longer resides on the east coast. Yes, as you can see from the headline, I am indeed residing in the land of perpetual sunlight. Now don't let me make you think I am abandoning the occasional NYC Happening (or that one of our many fine Big Apple correspondents can't chime in), I just figured since I am in LA, it might be prudent of me to share with our LA readers what's going on in their neck of the (H)woods.

Starting tomorrow, May 10, The Billy Wilder Theater at the Hammer Museum will be presenting the 2nd annual Czech That Film Festival, which is a touring fest featuring current Czech cinema. So, yeah, while I'd love to see Valerie And Her Week Of Wonders or Marketa Lazarova on the big screen, this ain't the fest for that, but what we do have is an intriguing selection of fresh titles from the country that gave us the likes of Milos Foreman and Věra Chytilová. Get the lowdown on the films playing on the LA Czech Consulate website -- ain't that fancy and official?

Let's say you are an LA Eastsider and don't want to travel so far West of La Brea (because really that part of town is boooring) or let's say you're a fan of experimental films, and on top of that have a short attention span... Well, the Downtown Independent and the Slamdance Film Festival have just the thing for you. On Saturday, May 11, my pals at Slamdance present two blocks of short films from this year's festival. RED Digital Cinema co-founder Ted Schilowitz will present the Anarchy Underground series and legendary experimental auteur Nina Menkes will present the Experimental series. Not. Too. Shabby. Oh, and drinks in the lobby afterward. More info right here.

Now, do you just want some straight up geek-fueled fun? The Vista Theater in Silverlake (it is Silverlake isn't it?) has got you covered with a Friday Midnight screening of the best Star Trek movie that is not a Star Trek movie... Galaxy Quest! By Grabthar's Hammer what an evening. Call the Vista at (323) 660-6639 to find out how you can purchase tickets. Or just show up. With plenty of time to spare.