Cannes 2013 Review: BEHIND THE CANDELABRA Plays A Familiar Tune 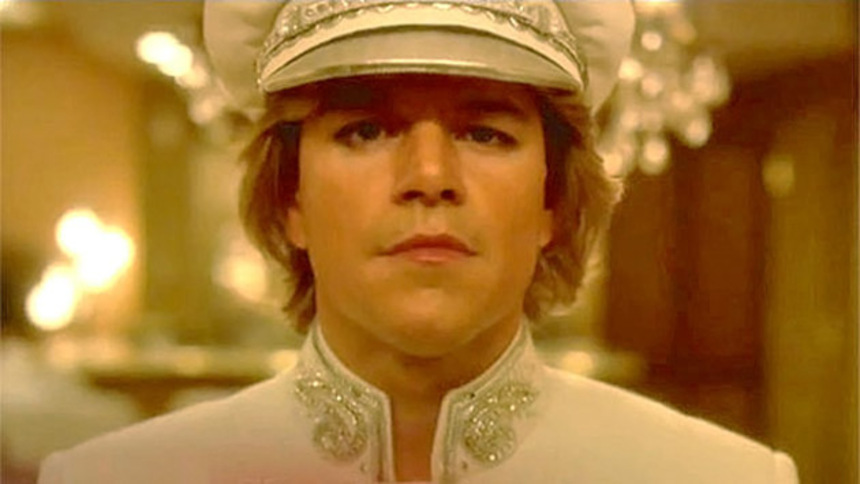 It's become somewhat common for HBO to premiere their bigger movies at notable festivals and Cannes makes perfect sense for Steven Soderbergh's so-called final film, Behind the Candelabra. It also makes sense that the Matt Damon and Michael Douglas starrer will be making its stateside premier on HBO. The film is well-produced and well-acted, but at its heart, this is a TV movie.

Adapted for the screen by Richard LaGravenese from the tell-all of the same name, Behind the Candelabra is the story of that book's author Scott Thorson (Damon). An animal trainer in 1970s Hollywood, Scott leaves his aspirations for veterinary school behind when he is seduced by the ridiculously famous and much older Liberace (Douglas) -- or as he prefers to be known, Lee. Scott is employed in Liberace's service; answering his phone, grooming his toupees, and driving him on stage in his jewel-encrusted limo. Scott isn't exactly paid to be Liberace's boyfriend, but it's pretty obvious that Liberace has the kind of money to do whatever he wants, and he wants to have Scott around.

But it is also clear that the two have feelings of each other and a real relationship develops between the men as the film settles itself down into a marital drama. Scott doesn't appreciate what Liberace does for him. Liberace takes Scott for granted. Scott turns to drugs to detract from his boredom. Liberace takes interest in a younger lover. This is all very familiar territory and there is scene after scene of the couple yelling at each other across the gold lamé feather bed in various states of undress.

The best moments come when Liberace decides that Scott should join him in his latest rounds of plastic surgery. A bit of a Frankenstein's Monster thread develops with the mad Doctor Startz played brilliantly by Rob Lowe. Startz's face is so transformed by his own therapies that his eyes don't close. It's almost hard to recognize Lowe but it's impossible not to laugh. Scott Bakula also shows up in a small but enjoyable role that brightens things up whenever he shows up in a scene.

These diversions make Behind the Candelabra a generally enjoyable film, even if far too much time is spent on domestic melodrama. Douglas and Damon both fully inhabit their wild characters, slipping comfortably into Ellen Mirojnick's brilliantly opulent costumes. Production design, hair, and makeup are all immaculate. But even with all of the technical elements a cut above, it can't be denied that this is a TV movie through and through.

Behind the Candelabra premieres in the US on HBO on Sunday, May 26.

More about Behind The Candelabra