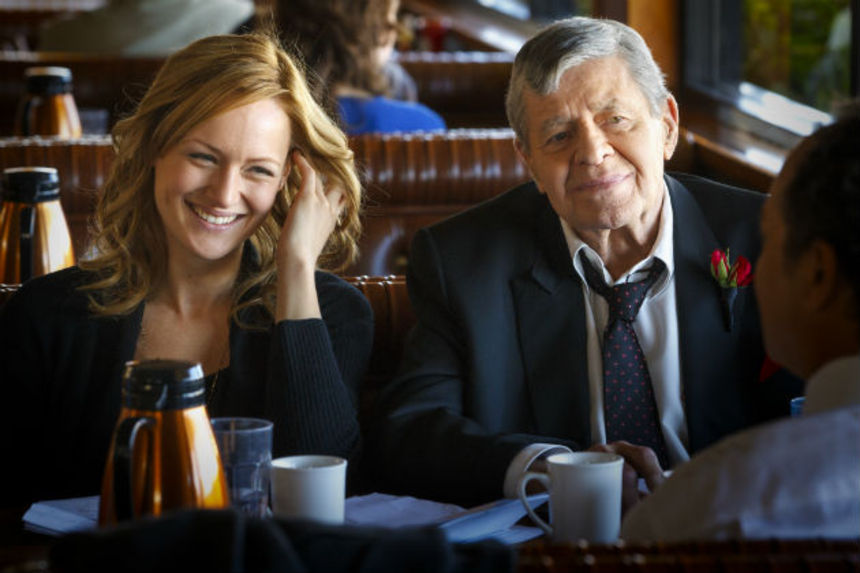 Now 87 years of age, Jerry Lewis returns to the big screen in Max Rose, which is set to have its world premiere at Cannes on Thursday, May 23.


87-year-old Max Rose (Jerry Lewis) is a jazz pianist who had put his professional ambitions aside for the sake of his marriage, his life's passion. But when his wife Eva dies suddenly, Max discovers something troubling amongst her private possessions - an old compact with a very personal note from another man. To add to his grief, Max must grapple with the possibility that his 65-year marriage might have been built on a lie. In quest of peace, Max seeks out new meaning in what should be his tranquil autumn days and finds comfort from the friendships he develops with his fellow widowers. Just as he manages to get his life back on track, he finally learns the surprising truth about his wife and his life.

The last movie in which Lewis had a role was in 1995's Funny Bones, but the biggest impression he made as a dramatic actor was in Martin Scorsese's highly-charged The King of Comedy away back in 1982. The first clip from Max Rose reveals a moment between the titular character and his daughter, and a brief discussion about that all-important old compact.

Considering Lewis' reputation in France, he should be well-received in Cannes, but it's tough to tell from this clip if the film will traffic overly much in sentimentality or plunge into more bitter territory. Lewis as a dramatic actor, however, definitely intrigues.

I've always loved Jerry Lewis as a performer.
But after viewing a few intimate interviews of the real man, I am amazed at the wisdom, intelligence, humility, confidence, and honesty this man has.
He has my greatest respect not only as an entertainer, but as a human being.