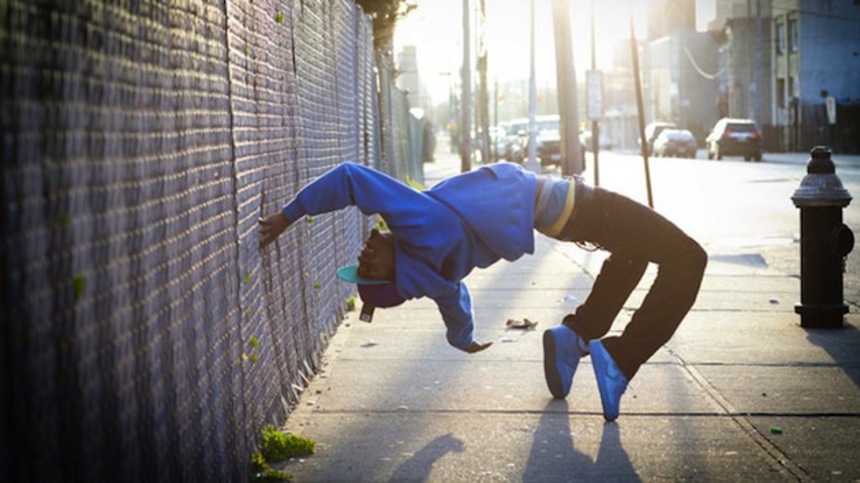 Those addicted to documentaries will immediately recall David LaChappelle's 2005 film Rize once they've read the plot summary of Deidre Schoo and Michael Beach Nichols' fascinating Flex is Kings. The two films are certainly not dissimilar, but in the end, Flex is Kings, much like the art form it inspects and celebrates, is a story about unique individuals and the lives they lead. This riveting non-fiction feature is as much a meditation on beauty, art, and the courage it takes to be unique as it is a showcasing of a (relatively) new and relentlessly entertaining form of street dance.

Flex, in contrast to Rize's Clowning and Krumping, is a less high-octane blast of aggressive energy and eye-popping physicality than it is a fluid and lyrical mash-up of styles that brings to mind pop-locking, mime, liquid, and even ballet. Indeed, so much falls under the heading of Flex that it's difficult to adequately describe the form with mere words. The simmering elements are as diverse as the performers who have perfected and continue to innovate the dance. Our two main characters are Flizzo, a great bear of a man with a troubled past, and Jay Donn, a man who continues to push Flex in new and bold directions and seems on track to translate his passion for dance into commercial success.

There is some semblance of narrative present in Flex is Kings, but there are some gaps between story beats that don't quite form a full-fledged arc by the end credits. Fortunately, we learn more about these individuals through their free-form interviews and mesmerizing performances than we might through a more conventional, three-act examination of Flizzo's troubles at home, or Jay's journey to Scotland with a modern dance troupe.

What's most fascinating about Flex and the associated scene (the film is set in Brooklyn, NY) is the lack of conflict and fractures within the associated community, despite the healthy competition that naturally comes out of the various Battlefest events that make up a bulk of the performances in this film. There is little to no internal squabbling, and there appears to be no hard feelings either between the competing members of Battlefest, nor between Flizzo and Jay after the latter takes off for Scotland to perform in the Fringe Festival. There is instead an undying focus on positive community enhancement and collaboration, or, as one dancer puts it, "Everyone learns from everybody."

Viewing Flex is Kings is as liberating and enchanting an experience as the very act of dance seems to be for the film's characters. Like enjoying any good dance, the key is to relax, let go, take a deep breath, and have fun.