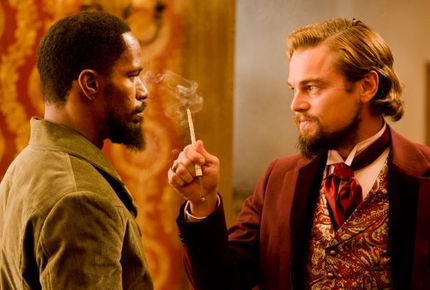 Quentin Tarantino's epic western Django Unchained will finally be released in mainland China on 12 May, according to a statement issued yesterday by the film's distributors, Sony.
"There is tremendous excitement, anticipation and awareness for the film and we thank the local authorities for quickly resolving this issue," the statement reads.
Django Unchained has to-date taken US$420 million at the global box office, making it the most commercially successful film of Tarantino's career, and was originally set for release on 11 April. Around a minute of footage was trimmed and blood splatters and colouring were dialled down by Sony in order to get a green light from SARFT, China's stringent censorship body.
That all changed, however, when the film was unceremoniously pulled from screens around the country just moments into its first screenings on opening day. Even now, no official reason has been given for SARFT reneging on their decision - although many suspect the issue surrounded nude scenes of stars Jamie Foxx and Kerry Washington. Sony has remained tight-lipped over the issue, giving no details about what (if any) changes have been made to the film in order to secure its release.
Should everything now move forward without a hitch, Django Unchained will be the first film by director Quentin Tarantino to receive a theatrical release in mainland China - despite his worldwide acclaim and filming parts of Kill Bill in the country back in 2003.
Tweet Post Submit

Do you feel this content is inappropriate or infringes upon your rights? Click here to report it, or see our DMCA policy.
Quentin TarantinoJamie FoxxChristoph WaltzLeonardo DiCaprioKerry WashingtonDramaWestern