Jim Tudor
Featured Critic; St. Louis, MO
Tweet Post Submit
Tudor's Twitchin' Travel Tours has always had a travel motif. If one were to go back and look at all my "TTTT" column banner graphics (and you know you want to!), the one consistent element would be that they all involve some method or evocation of travel. Even if it's the hokey photoshopped presence of my grandparents old R.V. peering out, that still counts! It's perhaps weirdly fitting then, that since I was awarded this admittedly infrequent and irregular column here at ScreenAnarchy, I've done a little traveling of my own.

As film-reviewing policy at ScreenAnarchy became increasingly streamlined (a much-needed improvement, really), favoring those who can see and discuss new films first (and that's not me), my own film site co-incidentally emerged in the same timeframe. This was a complete coincidence, the only intentional aspect being that the new site was not initially envisioned as so much of a review site as it's become. (Hey, I gotta post those critics-guild-pleasing full length reviews somewhere!) The site is called ZekeFilm.org, and you can read more about its larger purpose there. If, by chance, you were missing my steady stream of full-length prosy reviews, that's where they tend to end up.

Suffice to say, ScreenAnarchy and ZekeFilm are two very different avenues in my life, and simply trying to put the Zeke on the map has taken up a ton of my time. ScreenAnarchy remains close to my heart, as it has since I was first brought on as a contributor in 2005. But there are of course more possibilities for crossover than I, standing so close, tend to see. So with this entry of TTTT, I'll step back, and share some of what I've been up to in my times away from ScreenAnarchy. 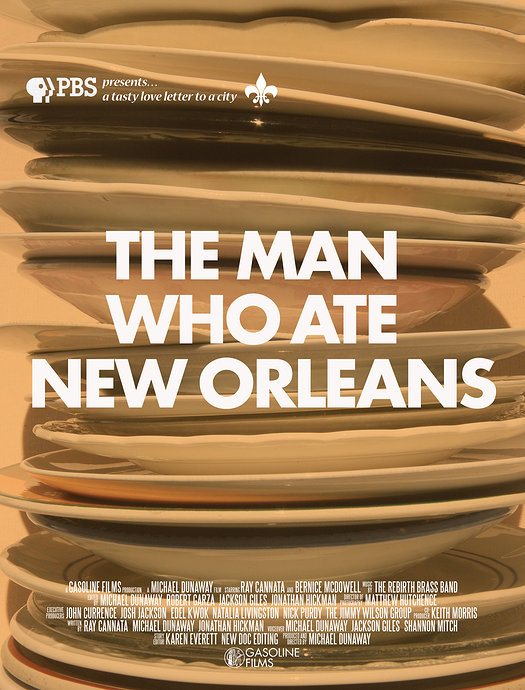 Ray Cannata is Senior Pastor at Redeemer Presbyterian Church of New Orleans, and the star of the documentary film The Man Who Ate New Orleans. (I haven't seen it, but I hear it's pretty good.) The film is directed by Michael Dunaway, and boast filmmakers Morgan Spurlock (Super Size Me) and Paul Rachman (American Hardcore) as part of its illustrious advisory board. Amid the call to rebuild the city post Hurricane Katrina, Ray takes on the never-before-tackled challenge of eating at every restaurant that New Orleans has to offer. Through his quest he strikes a deeper chord with his beloved ravaged adopted hometown.

Recently on ZekeFilm's regular podcast, in anticipation of a local screening of the film, I conducted a 30-minute chat with Pastor Ray about his movie, his faith, and taking in a whole lot of incredible food on film. To hear the episode, view the trailer, and find out more about the screening click here. But know this: The Man Who Ate New Orleans will be screening for free on Monday, March 11, 2013 in St. Louis, MO at Perennial Artisan Ales. Ray Cannata will be on hand to meet and greet. View the Facebook Event page here. I'll be there, and if you're anywhere near, so should you.  Otherwise, keep an eye on the film's web site for information on other opportunities to check out this one.

But I've been up to more than just talking films I haven't seen! I recently posted a full review of...

OZ THE GREAT AND POWERFUL

ScreenAnarchy's Brian Clark, in his review, was mostly negative, but I felt a bit more positive about it. Here's a sample of what I had to say:

With mixed-to-good results, director Sam Raimi (of the Evil Dead and Spider-Man trilogies) picks up the gauntlet of showmanship that The Wizard of Oz director Victor Fleming threw down so effectively seventy-four years ago at MGM. Raimi, working in the best interests of franchise-hopeful Disney, gets as close as legally possible to evoking the iconic film without current rights holder Warner Brothers being able to legally scream "plagiarism!" Plot momentum may hit the doldrums every now and then, but the new film is always dazzling to look at, with its mustard yellow bricks, magic hour whirlwind skies, and a wardrobe budget worthy of the vast Scrooge McDuck royal cellar full of gold that our would-be Wizard initially lusts after. All beautiful, simply beautiful, particularly in 3D. That's the gist of the all-important visual aesthetic (the film is never not a marvel for the eyes), although it's the L. Frank Baum literary source material that provides the proper grist for the storyline itself.

The film may not be particularly great or powerful, but it does, in its own way, attempt to approach those things. For me, it's the curious blend of Raimi's own sensibilities that make OZ worth a visit:

This zero-to-hero's journey begins in black and white 4:3 aspect ratio rural Kansas, where our protagonist, young Oz (James Franco) is a struggling carnival magician/charlatan who reveals himself to be not so great and powerful but rather quite mean and selfish. But when a faithful hot air balloon ride becomes a danger-filled trip to another world, Sam Raimi's deep roots begin to show as the film becomes something of an Oz-ed up Evil Dead. ("For God's sake! How do you stop it?!") But fear not - Raimi in his gloriously knuckleheaded early days of cabin-in-the-woods splatter proved he knew a thing or two about showcasing pompous thickheaded lugs. He also proved that he never deprived himself the opportunity to inflict physical abuse onto actor Bruce Campbell, another tradition this film is happy to continue. (Campbell has a small role as a testy gatekeeper.) James Franco is his own guy doing his own thing here, but he's also doing his best Bruce Campbell at times. His Oz is Ash via Baum as rendered by a keen Disneyfied Raimi.

That's enough for this stop as we venture on Tudor's Twitchin' Travel Tours! Until next time...

Jim Tudor has been a ScreenAnarchy contributor since 2005, and is co-founder of ZekeFilm.org. He's a freelance video editor, and teaches video production to high school students.
Tweet Post Submit

More about The Great and Powerful Oz