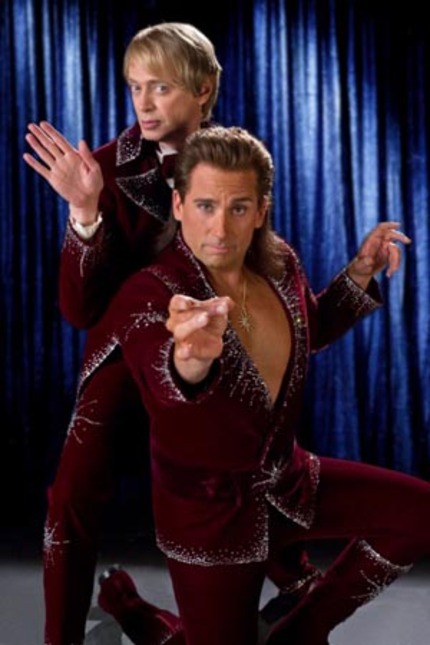 The SXSW Film Festival kicked things off today with the world premiere of Don Scardino's The Incredible Burt Wonderstone starring Steve Carrell, Steve Buscemi, Jim Carrey, Olvia Wilde, James Gandolfini, and Alan Arkin. The film is about a magical friendship between two successful entertainers (Carrell and Buscemi) whose act gets canned when a new magician (Carrey) proves their shtick too old fashioned. Shtick is an apt term as every actor in the film has the character meter turned up to eleven. This is a wacky film that totally commits to some pretty bizarre jokes, many of which are very funny.

Unfortunately, there is also a lot of filler. The movie is studio all the way and sticks to a pretty standard narrative. That means we need to see the downfall before the musical montage-backed comeback journey. Maybe it's to be expected, but the film lags noticeably through the middle and jokes become sparser by the end. But all things considered, the film is an enjoyable popcorn laugher and should do pretty good business in the box office.

The Incredible Burt Wonderstone opens in the US next Friday, March 15.