THE INCREDIBLE BURT WONDERSTONE Trailer. Is It? Is It Incredible? 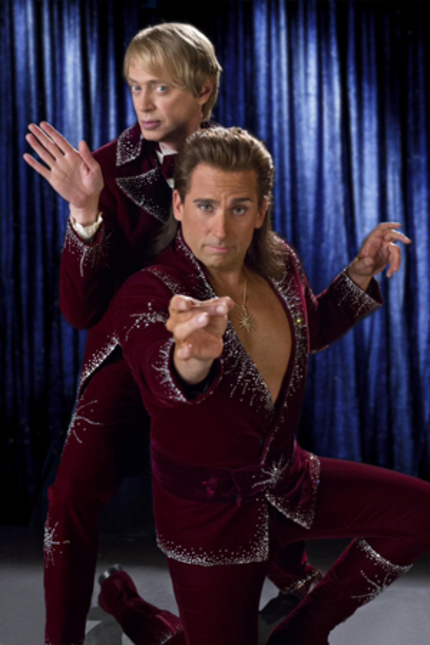 We're a tad late on this one but a lot of the ScreenAnarchy staff are traveling this weekend or spending time with their families in preparation for the holidays. Except me it seems. I'm the one with all the spare time. Sigh. Moving along...

So take a look at the trailer for The Incredible Burt Wonderstone, coming this March the writing duo behind Horrible Bosses, John Francis Daley and Jonnathan M. Goldstein. They have adapted a story from Chald Kultgen and long time television director Don Scardino is behind the camera.

Superstar magicians Burt Wonderstone (Steve Carell) and Anton Marvelton (Steve Buscemi) have ruled the Las Vegas strip for years, raking in millions with illusions as big as Burt's growing ego. But lately the duo's greatest deception is their public friendship, while secretly they've grown to loathe each other. Facing cutthroat competition from guerilla street magician Steve Gray (Jim Carrey), whose cult following surges with each outrageous stunt, even their show looks stale. But there's still a chance Burt and Anton can save the act both onstage and off if Burt can get back in touch with what made him love magic in the first place.

The Incredible Burt Wonderstone stars Steve Carell, Steve Buscemi, Olivia Wilde, Alan Arkin, James Gandolfini, and Jim Carrey. It looks like it might be good for a laugh or two but I cannot help but feel saddened by the urine joke and the pantsing of Buschemi's character though. They just come across as cheap. Sorry. But even the presence of Miss Wilde cannot boost my hopes for this. It boosts something else, but not my hopes. What say you?
Tweet Post Submit