Najarra Townsend Has CONTRACTED Something Horrible In Eric England's Latest

Todd Brown
Founder and Editor; Toronto, Canada (@AnarchistTodd)
Tweet Post Submit
Director Eric England rode the slasher train to popular acclaim with his indie hit Madison County but he's up for something far more personal with the upcoming Contracted, a film he once told Bloody Disgusting he hopes "will do for hooking up with random strangers what Jaws did for going to the beach."

Now in post, Contracted stars Najarra Townsend as "a young girl that has a one night stand with a random stranger and contracts what she thinks is an STD... but is actually something much worse." Were I the sort to make such jokes this is the point where I would make one about the entire film being a cautionary tale against having sex with Simon Barrett - who appears in a key role - ever, under any circumstances. Caroline Williams, Katie Stegeman, Charley Koontz, E-Kan Soong, Matt Mercer, Alice Macdonald, Jennifer Gonzalez, Ruben Pla and Lionel D. Carson also star.

Sales art and a trio of stills from the picture are freshly arrived on the scene and while we await a trailer for the film - I've seen an early cut of one, and it's really quite good - these will have to tide us over. Check the images in the gallery below and remember you can click to enlarge. 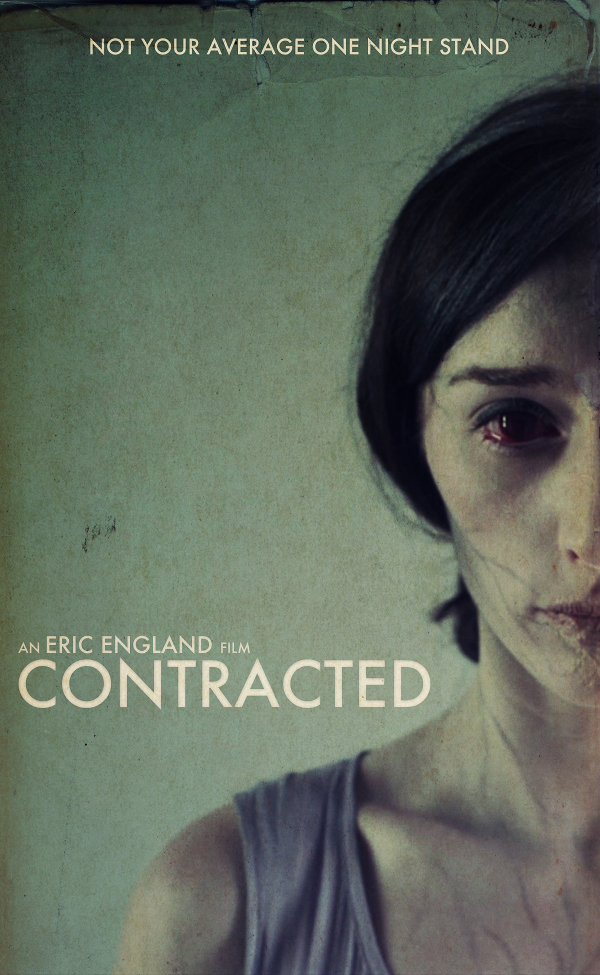