Dave Boyle Will Find The MAN FROM RENO 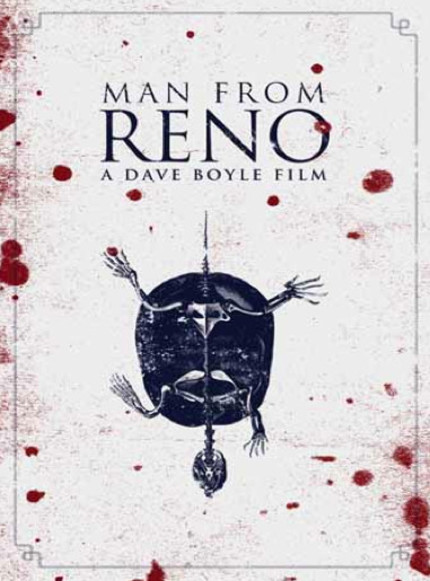 Dave Boyle is about to get dark. The American indie director has long been of interest here at ScreenAnarchy, his quirky fare revolving around the culture clashes of Asian Americans and showcasing Boyle's love for Japanese culture. From Big Dreams Little Tokyo to White On Rice and Surrogate Valentine, Boyle's particular vision has been developing and sharpening up. Which makes the news of his latest quite surprising. Yes, the cross cultural element remains intact but it would appear that the humor is being traded in for dark thriller elements.

In a small town south of San Francisco, Sheriff Paul Del Moral is driving home through the fog one night when he accidentally strikes a pedestrian, a lone Japanese man. However, before an investigation can take place the man disappears from the hospital without a trace. At the same time, Japanese mystery author Aki Akahori takes a trip to San Francisco in order to escape the press tour for her latest book--a potboiler in her world-famous "Inspector Takabe" series. Feeling lonely and vulnerable, she begins a romantic affair with a mysterious Japanese traveller from Reno who is staying in the same hotel. Her new lover, Akira Suzuki, is charismatic and charming but abruptly disappears from the hotel, leaving behind his suitcase and a trail of questions.

While investigating the two disappearances, Sheriff Del Moral and Aki eventually cross paths and find themselves enveloped in a dizzying mystery, further complicated by the discovery of a dead body hidden in a lake. Her quest for the truth leads Aki to discover the horrifying truth about Akira Suzuki, the MAN FROM RENO...