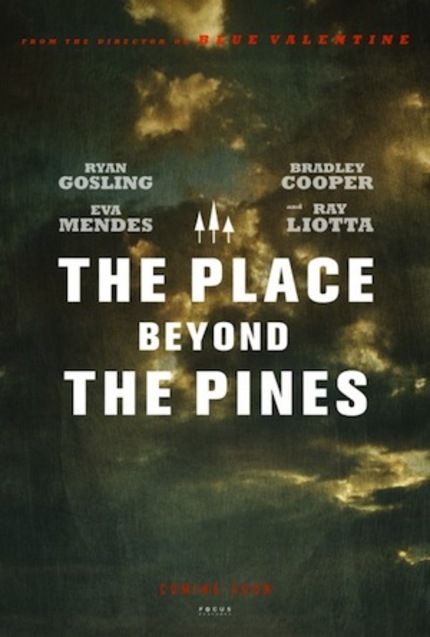 One thing is clear about Blue Valentine director Derek Cianfrance, the man does not like smiles. Case in point: Bradley Cooper confronting Eva Mendes in a tense little scene from his third feature outing, the crime-drama The Place Beyond The Pines. Also starring Ryan Gosling, the film rolls out in the U.S. on March 29th and across a slew of European countries in early April, including the U.K on April 12th. But France... France gets it first on March 20th.

Take a look at the clip below. And for more on the picture, Cianfrance is now running a Tumblr -- Check it out here.

Luke (Academy Award® nominee Ryan Gosling) is a high-wire motorcycle stunt performer who travels with the carnival from town to town. While passing through Schenectady in upstate New York, he tries to reconnect with a former lover, Romina (Eva Mendes), only to learn that she has given birth to their son Jason in his absence. Luke decides to give up life on the road to try and provide for his newfound family by taking a job as a car mechanic. Noticing Luke's ambition and talents, his employer Robin (Ben Mendelsohn) proposes to partner with Luke in a string of spectacular bank robberies - which will place Luke on the radar of ambitious rookie cop Avery Cross (Academy Award® nominee Bradley Cooper).

Avery, who has to navigate a local police department ruled by the menacing and corrupt detective Deluca (Ray Liotta), is also struggling to balance his professional life with his family life, which includes his wife Jennifer (Rose Byrne) and their infant son AJ. The consequences of Avery's confrontation with Luke will reverberate into the next generation. It is then that the two sons, Jason (Dane DeHaan) and AJ (Emory Cohen), must face their fateful, shared legacy.