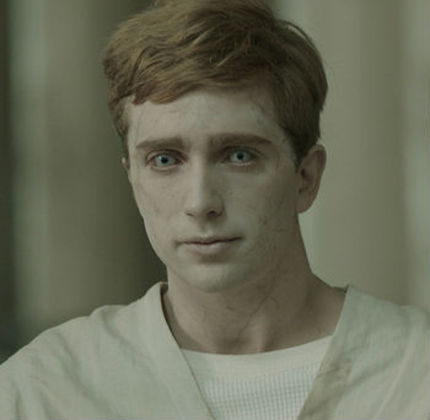 Kieren Walker may look like a self-loathing emo-teen, but that's just because he's been dead for four years.

The three-part BBC Three drama In the Flesh tells the story of young Kieren's reintegration back into society. Along with thousands of other dead people, Kieren came back to life, precipitating some kind of zombie apocalypse. But, having undergone months of rehabilitation and taking special "de-zombie" meds (my description, not theirs), they are returning to their local communities and families.

Here's a bit of the official synopsis:


Now known as PDS sufferers (Partially Deceased Syndrome) - and since the passing of the PDS Protection act - the government have set an agenda of acceptance and tolerance, one that is at odds with the communities abandoned at the time of the rising, and the bloody battle between zombies and humans that ensued.

A cauldron of brutal anti-zombie sentiment and the source of the 'rotter' hating Human Volunteer Force (HVF), Kieren returns to his home in the rural village of Roarton. Here he is forced to confront his family, the community that rejected him and the flashbacks that continue to haunt him of what he did in his untreated state.

Luke Newberry stars as Kieren. The trailer for the limited series, which airs in March, looks quite diffuse, so it's hard to get a handle on how dark and/or demented it will be; it sounds like a mix and match of story angles from past zombie classics. Note what writer Dominic Mitchell said about his intentions:


I want it to be for a really wide audience and to talk about real issues, real family issues, real domestic issues, and we play with the zombie methodology. We do have a few scenes of real great zombie genre stuff, but then you have a scene where it's really domestic and they're sitting around the table just trying to be a family again, and that's what I really wanted it to do. So, your Grandma can watch it, hopefully, and really enjoy it, and it can speak to her as well as speak to the teenage zombie horror fan.

A former member of the undead who feels guilty for the people he ate? A zombie series for the entire family? Take a look at the trailer and see if your granny might give it a watch.