Shin Ha-kyun Is The RUNNING MAN 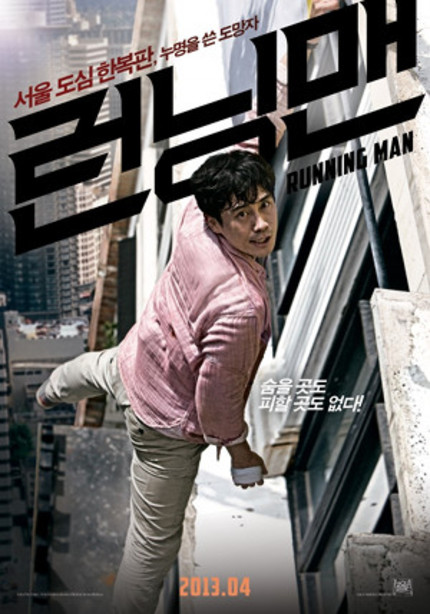 Not to be too much of a raving fan about it, but South Korea's Shin Ha-kyun is, quite simply, one of the finest actors of his generation from anywhere in the world. Capable of quirky comedy, stark terror, compelling drama and everything in between - sometimes within the span of a single scene - he may not be the most prolific performer but Shin is consistently quality. Just take a look at the man's resume: Joint Security Area. Sympathy For Mister Vengeance. Save The Green Planet. Sympathy For Lady Vengeance. Welcome To Dongmakgol. Thirst. The Front Line. The Thieves. You get the point. while he's done his share of movies that aren't very good, Shin is always good in them and when he hits a concept and director who really understand his unique talents ... well, then you've got something special.

Which brings us to Running Man. No, it has nothing to do with the Schwarzenegger film. Yes, it appears from the first teaser as though Shin will spend an awful lot of the running time of the picture running. An extended chase film with Shin at the core of the action-comedy mix? Yes, please. Check the teaser below.