Review: XL Reveals The Ugly Side Of Icelandic Politics 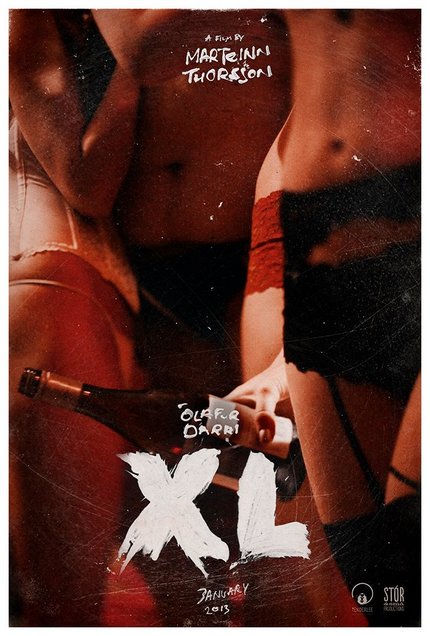 Here we are, four years after the financial crash and artists are still commenting on the events that led to it. Fueled by stories of greed, political corruption and over abundance, it's easy to find material to tell and hopefully warn other generations that this behavior isn't right, unless you are a sociopathic dick hole.

Director Marteinn Thorsson and actor Olafur Darri Olafsson have found one such dick hole in the form of politician Leifur, who suffers from a severe case of alcoholism and drug addiction. It seems that his behavior will get him ousted from his political party, as he is seen as an embarrassment.

When his close friend the Prime Minister asks Leifur to go to rehab after a public brawl at an art exhibition lands him in jail, he is reluctant to do so, not willing to accept that his life is in shambles. Divorced and living with a girl much younger than him, Leifur indulges in hedonism of the highest order, while still pathetically trying to patch things up with his former wife and estranged daughter.

After a little pep talk with his mother, in which she convinces him to use this to his advantage, Leifur decides to take the journey to sobriety, but not before going out in style, a going away binge to end all binges, a "Black Mass," as one of his friends calls it. And things turn dark as Leifur and his teenage girlfriend embark on a journey of drugs, alcohol, sex, and extortion.

The story is told in a alcohol-drenched haze where we jump back and forth in time and see how Leifur ended up being the sad, pathetic man that he is. He's a self important prick who looks down on the masses but relies on them to have a career.

Marteinn and Olafur pull no punches telling this story, said to be based on real events and people, and show an ugly world full of ugly and desperate people. It's all layered with a clear political message on how we got here; basically, the entire film is a metaphor for years of prosperity we had here in Iceland and how it all came crashing down. But, in the end, did we learn anything, and are the people responsible really repentant? Recent events in politics and business over here says no.

Shot on a micro budget, the filmmakers have managed to pull off a movie that looks incredible, crazed and confusing at times, but tells a coherent story. Marteinn vents his anger in a beautiful visual style, a style that we don't often get over here where a usually static camera is the name of the game. Olafur Darri goes all out, baring his soul, along with other parts of his anatomy, in a part that is a complete reversal of his role as the meek and quiet Gulli in Baltasar Kormakur's The Deep. It's the year of Olafur Darri for sure. Maria Birta (Black's Game) plays his lost teenage girlfriend, who latches on to him in hopes of a better life. Living in a fantasy world where she slowly realizes that she's not much more than a play thing for him, she gives a great and brave performance.

XL is an ugly film, a dirty film, a film that you almost need to take a shower after wallowing in all the filth within. It's not a film for everyone, for sure, but it's above all a good film. Seek it out when possible.