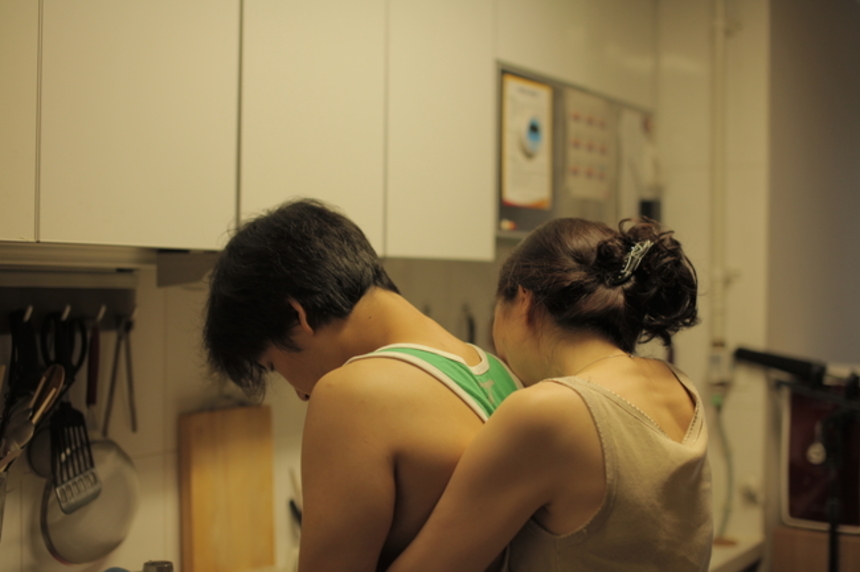 Of late, Korean Cinema has made for rather bleak viewing. Hushed up sexual violence has been very prevalent but politics, torture and much else besides have also found their way into these recent narratives. For this reason, among many others, I am particularly grateful for Jang Kun-jae's magnificent sophomore feature Sleepless Night. His new film, though not without its portrayal of injustice and hardship, is a film about happiness, or at least one loving couple's pursuit of it in modern day Seoul.

A married couple in their mid-30s are juggling their jobs (he is a factory worker, she a yoga instructor), schedules and obligations as they strive to find satisfaction in their lives. They go on bike rides at night, lounge around their modern Korea apartment, share a glass of beer or discuss whether they are ready to have a child throughout the course of a long, hot summer.

Originally conceived as a mid-length film, Jang's short feature (it is only 65 minutes long) is a fiercely personal portrait of its two leads' shared lives. Largely based on Jang's own life, though also featuring elements of the cast's personal experiences, Sleepless Night feels real in a way that would be impossible to fabricate: It pulsates with life. Outwardly simple and yet richly evocative, it achieves a balance of realism and poetry that touched me deeply, and continues to affect me long after I first saw a few months ago.

One thing that has frequently captivated me in Korean cinema is how, in some of its most inspired moments, it can capture calm, unassuming moments, both precious and pregnant with life. This essence, should I revisit it, could be described as 'meaningful stillness.' Both realistic and deliberate, it is a paradox, one uniquely suited to the artistic realm. These instances are frequently framed in the most banal fashion, comprise little or no action and may not even feature any characters. They are dramatic pauses that beckon you to breath in a narrative's preceding beats but more importantly to ruminate on their import in the context of a world we can recognize.

For Sleepless Night, Jang and his tiny cast and crew lived in close quarters for the duration of the film's short production. Eating meals and sleeping together in the director's apartment, which served as the main location of the film, they also shared their thoughts and worries. Their marriages, as well as the minutiae of their daily lives, became a part of the filmmaking process. I can only imagine, but it must have made for a very special experience for those involved, especially given the result on screen. 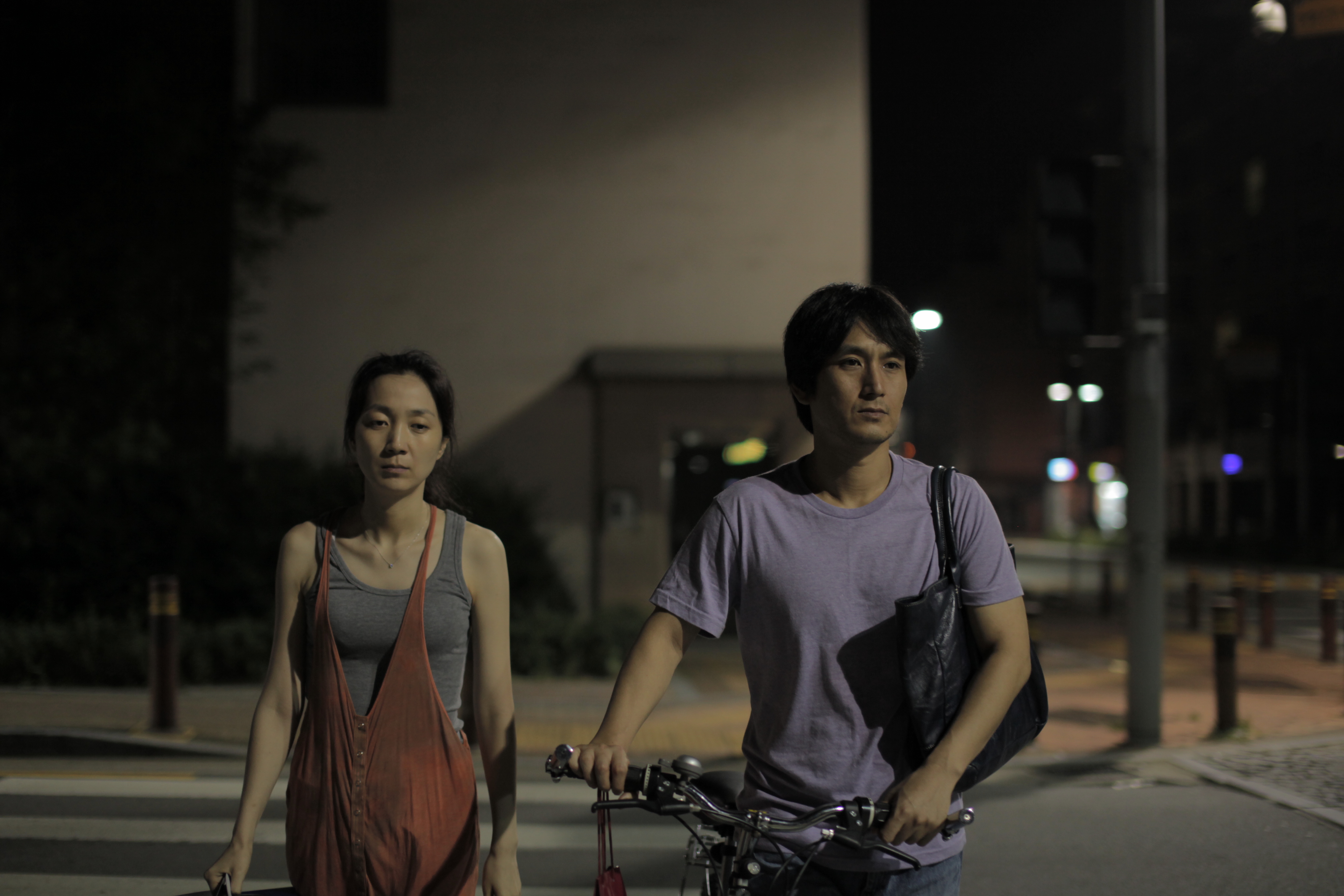 The film is exceedingly relatable and highly personal. The character's thoughts are almost never a mystery, despite frequently sparse dialogue. Much of this is down to the splendid performances of the two leads but it is also part of the fabric of the film. For me, these silences that dot the narrative are examples of 'meaningful stillness.' They feel important, as though a statement is being made: however nothing is forced upon us. Perhaps they merely exist, like fleeting moments that just happened to be caught on camera: but they feature no action. It could be that these lulls derive their meaning purely from the context afforded by prior scenes: yet they are not in the least bit contrived.

Part of the story focuses on the couple's discussions about whether or not they are ready to have a child. In one particularly earnest scene, they list out the pros and cons of becoming parents. They are in large part focusing on the negatives while also being very honest about their desire to remain free for just a little longer. In no rush to sign away their freedom, they are not quite ready to take this step, though perhaps some things are being left unsaid. Not long after, following a small incident, they change their minds and this sudden reversal feels perfectly natural. The unadulterated joy they exhibit as they goofily dance together in their kitchen is heart-warming. Though the gentle Bach piano piece that accompanies them on the soundtrack does quietly underscore the seriousness of the decision they are taking.

In a modern Korean society, which covets the trappings of a comfortable western lifestyle, it's easy to lose sight of what is really important. Sleepless Night's great charm boils down to the modesty of its search for joy in Seoul's urban jungle. Life is lived in the present moment, not in anticipation of better ones that lie in wait. I frequently forget this, so a beautiful and sweet reminder such as this is welcomed with open arms. It acts as a soothing antidote to the tribulations of a busy Seoul lifestyle.

Sleepless Night is a work told in the simplest terms. Poetic, richly evocative, and sporting a pair of sublimely naturalistic performances, it is a film about normal people and ordinary circumstances, yet it is electrifying. I am not married and children are probably a long way off but I can appreciate where these characters are coming from. I like them, I understand them, I feel like one of them, and, ultimately, I want the same thing they do: to be happy. 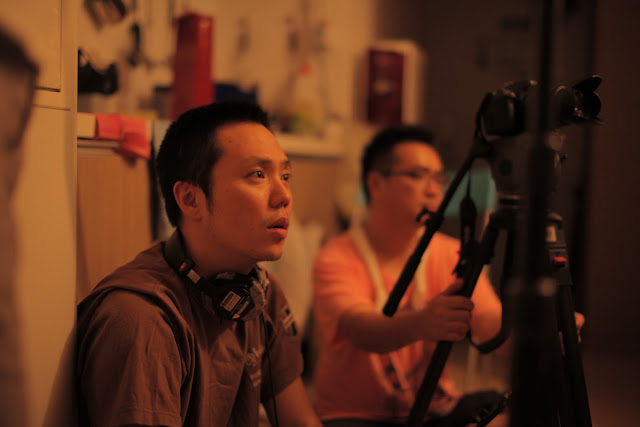