VIFF 2012 Dispatch: SLEEPLESS NIGHT and SORRY, I AM SO SORRY 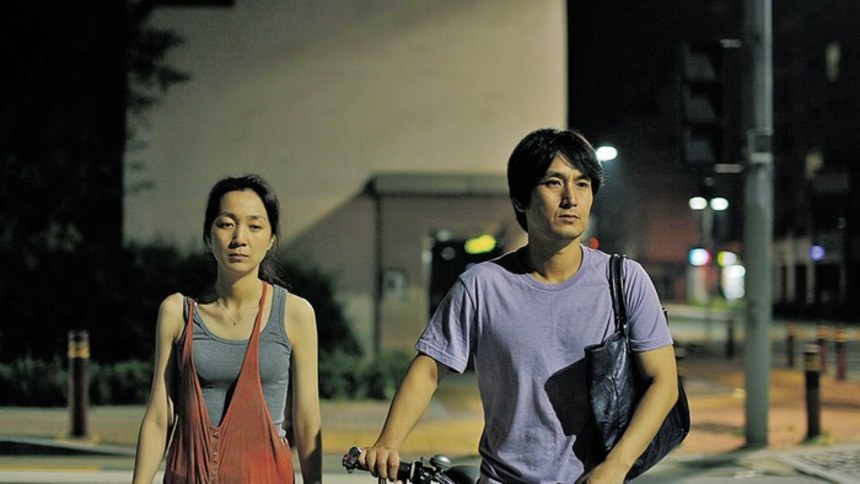 Korean filmmaker Jang Kun-jae (whose Eighteen won the Dragons & Tigers award, VIFF's prize for new Asian directors, in 2009) delivers a heartfelt, sweet, genuine, yet never cloying portrayal of an average married couple in Sleepless Night. Essentially a series of snippets from their (charmingly mundane) life together strung into 65 minutes, the film succeeds thanks to the naturalistic performances and script--which seems as though it could have been largely improvised.

The couple's life together seems to be on a kind of healthy cruise-control, somewhere far between saccharine fairy-tale perfection and Cassavetes screaming matches. Tension finally arises when the two come to a difference of opinion about when to begin planning for parenthood, but beyond that it's mostly laughter, tame sex, bike rides and yummy-looking meals. Despite how neutered this sounds on paper, Sleepless Night is actually a mature, frequently moving little movie that hits its dramatic notes as competently as its lighter ones. It's the work of a talented and very assured filmmaker; I wouldn't be shocked to see greatness from Jang one day.

Because of its shorter run-time, Sleepless Night was preceded by another Korean flick: Sorry, I Am So Sorry (19 minutes, directed by Byun Sungjun). Also a striking take on Korean home life, this one tackles a traditional, seemingly wealthy family whose cantankerous, ailing patriarch takes his clan out for unexpected karaoke. Though it could be said of almost any good short, Sorry is one that could really benefit from a longer run-time -- if not a full-length one, than at least another 10 or 15 minutes. To its credit, it does use what little time it has to make us feel for the family, and successfully develops the dynamics of each character. But the ending wraps things up a little to abruptly and the conflicting comedy/tragedy of it all clashes without that extra time to breathe.

Do you feel this content is inappropriate or infringes upon your rights? Click here to report it, or see our DMCA policy.
2012byun sungjunjang kunjaekoreanshortssleepless nightsorry i am so sorryvancouverviff