Lionsgate Buys UK Rights To Hammer's THE QUIET ONES 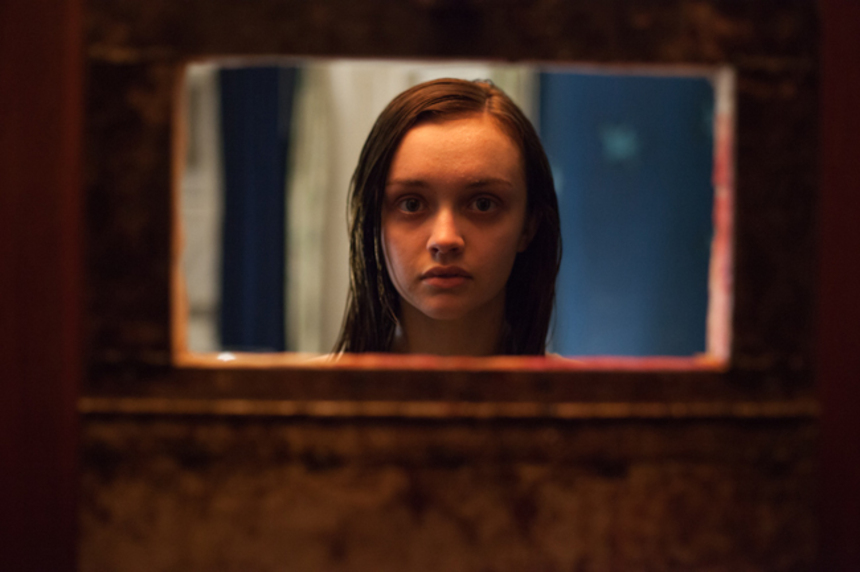 Good news if you're a Hammer film fan in the UK. Actually, can you be a fan of horror film in the UK and not be a fan of Hammer?  Seems inconceivable. Isn't that in their DNA? Moving along. Lionsgate has bought the UK rights for the studio's latest film The Quiet Ones, starring Jarred Harris (Fringe and Sherlock Holmes: Game of Shadows) and Sam Claflin (Snow White and the Huntsman and Hunger Games: Catching Fire). The Quiet Ones is Hammer's next feature film following the successful run of The Woman in Black last year.

Inspired by true events,THE QUIET ONES tells the story of an unorthodox professor (Harris) who uses controversial methods and leads his best students off the grid to take part in a dangerous experiment: to create a poltergeist. Based on the theory that paranormal activity is caused by human negative energy, the rogue scientists perform a series of tests on a young patient, pushing her to the edge of sanity. As frightening occurrences begin to take place with shocking and gruesome consequences, the group quickly realizes they have triggered a force more terrifying and evil than they ever could have imagined.

The Quiet Ones is currently in post and was directed by John Pogue; this is his second feature film. It was written by Pogue, Oren Moverman, Tom de Ville and Craig Rosenberg (he wrote the screenplay for the 2009 remake of the Korean horror film A Tale of Two Sisters; The Univited). You can peruse the press release below, see what other regions have rights to the film as well, and then watch a video of Hammer's first look at the production.

Lionsgate has picked up UK distribution rights to the film. Exclusive has also signed deals with EEAP for Eastern Europe and CIS, Independent for Benelux,  Ascot Elite for Switzerland, CDC for Latin America, CCC for Japan, Nu Metro for South Africa and Front Row for the Middle East.

In addition, other territory deals for the film include Deltamac for Hong Kong, Tanweer for India and Pakistan, , D Productions for Turkey, Village Roadshow for Greece, Sam Films for Iceland, United King for Israel, PT Amero for Indonesia, Lotus Five Star for Malaysia, M Pictures for Thailand, Pioneer for Philippines and Star TV for SE Asia.

The Quiet Ones is inspired by true events and tells the story of an unorthodox, but charismatic professor who uses controversial methods and leads his best students off the grid to take part in a dangerous experiment:  to create a poltergeist from negative human energy.  The film is written and directed by John Pogue (Quarantine 2) and produced by James Gay-Rees (Senna, Exit Through The Gift Shop), Exclusive Media's Tobin Armbrust and Simon Oakes along with Steven Chester Prince and Ben Holden in association with The Travelling Picture Show Company (TPSC).

"Lionsgate has a phenomenalreputation for releasing quality supernatural and genre titles and we are thrilled to be working with them on The Quiet Ones.  Buyers have been responding really well to this unique twist on a classic poltergeist story, and we anticipate closing the remaining deals on the film at the European Film Market in Berlin."

"The Quiet Ones is a terrific film and we are very excited to be working with Exclusive Media to harness Hammer's wide appeal amongst horror and supernatural film fans.  Hammer's recent success shows the appetite for smart, modern horror and thriller movies. We're looking forward to working with Exclusive to release The Quiet Ones which we think will have broad appeal to UK audiences."

Do you feel this content is inappropriate or infringes upon your rights? Click here to report it, or see our DMCA policy.
HammerJared HarrisPoltergeistSam ClaflinThe Quiet Ones