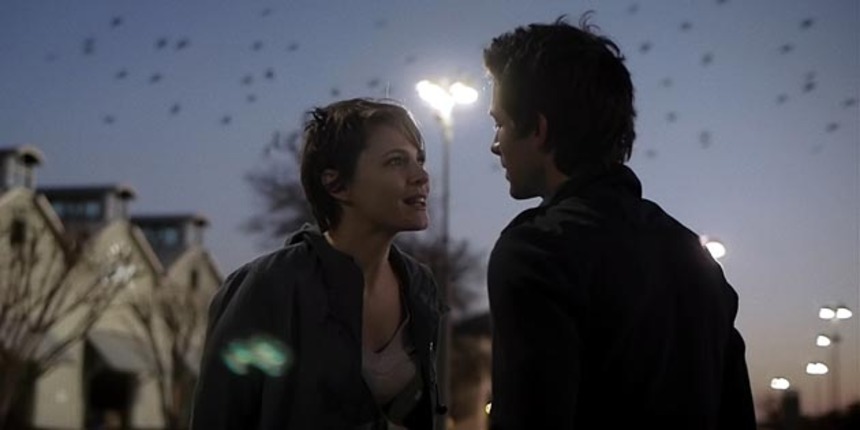 It was nine long years ago that Shane Carruth wowed Sundance audiences and took home the Grand Jury prize for his innovative and minimalist time travel tale Primer. Rumors of a follow-up have circulated for years, but the announcement that Upstream Color was done and would premiere at this year's Sundance Fest was met with an avalanche of excitement. Quite possibly the most anticipated film at the festival, Upstream Color is just as bold as Primer, though far less accessible. Like Primer, this is the kind of film that is better to go into without knowing much. Unlike Primer, it might not be possible to give away much at all. This is an experience movie with many big confusing ideas. Some will likely find brilliance in these ideas. Others will be frustrated.

What will be less divisive is the strength of the haunting performance from Amy Seimetz. That along with Carruth's score are two easy positive takeaways. The rest might need to dwelled on a bit further. Carruth has made a bold decision to self distribute the film though his production company ERBP. It will hit theaters in limited release on April 5. Individual mileage may vary,

Do you feel this content is inappropriate or infringes upon your rights? Click here to report it, or see our DMCA policy.
IndieShane CarruthSundance 2013Amy SeimetzAndrew SensenigThiago MartinsDramaSci-Fi