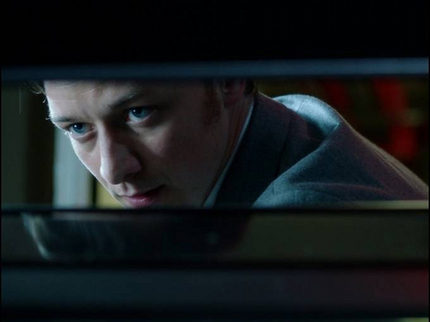 Danny Boyle has come a long way since his feature film debut Shallow Grave. His career has been an eclectic one, but it looks like he might have headed back to those roots again in his new film, Trance, an action-comedy-heist starring James McAvoy and Vincent Cassel.

Art dealer McAvoy gets involved with a group of thieves, led by Cassel, who want to pull a heist. McAvoy hides a painting and then gets amnesia, prompting Cassel to hire a hypnotherapist (Rosario Dawson) to get the information out of him.

No matter what genre or mode he works in, Boyle is a solid director (to put it mildly,) working his own style in concert with whatever narrative is in his hands. It's nice to see him get back to some gritty comedy. Check out the trailer below.

Do you feel this content is inappropriate or infringes upon your rights? Click here to report it, or see our DMCA policy.
danny boylejames mcavoyrosario dawsontrancevincent cassel