While there's still a fairly widely-embraced stereotype that European films are more cultured, daring and intelligent (or pretentious, if you want) than films from other countries, I've learned since moving to France that Europe, in fact, produces as much, if not more, pandering, mediocre, lower-middle brow fluff as any other region of the world. Those movies just never leave Europe, Untouchable notwithstanding.

And yet, I realized while thinking over my favorite films of the year, when Europe gets it right, it really is a cause for celebration. More to point, the reason I chose to focus my end-of-year list to this particular continent (besides that I live here and have that pesky "European Editor" title) was because, when I went through my unadulterated list of favorite films of the year, I realized that 60-70 percent of them came from Europe anyway. And, this late in the game, no one needs another critic waxing emphatic on Moonrise Kingdom and The Master, right?

For the purists -- I use the term "European" geographically, not politically here, thus Turkey is included. Russia could be too if I had seen a film from them that I loved this year. In any case, onto the list:

Not as hard-hitting or mean-spirited as Lanthimos' much celebrated debut Dogtooth, but in many ways, Alps haunted me more. The conceit itself, that grieving people would hire a ragtag start-up business offering to substitute an actor for a deceased loved one, is admittedly a bit hard to buy. But Lanthimos hardly seems interested in even trying to sell its plausibility. Instead, he uses the high-concept hook to dig deep into the human psyche and, once again, explore our impulse to replace tragic reality with fantasy, as well as our capacity for cruelty and selfishness. Though I will admit, I like the film more as I look back on it than I did while watching it.

At first A Royal Affair seems like simply another woe-is-me costume drama about forbidden love with gorgeous cinematography, elaborate sets, and yes, beautiful people. But before you know it, the film quietly shifts into a riveting political thriller and fascinating character study which chronicles a remarkable moment in Danish history. Its attention to detail and character nuance set it far apart from other historical drama's of its ilk. Also, Mads Mikkelsen is, as always, spectacular. 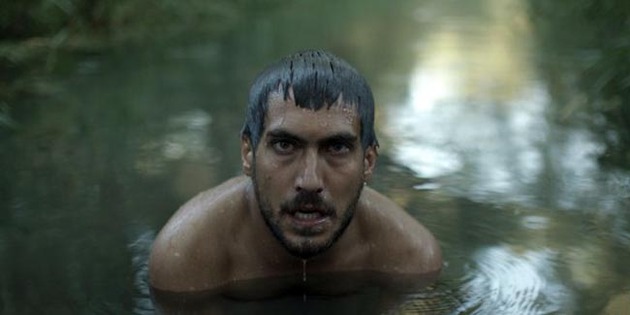 No, not the Romanian film Beyond the Hills (which I also hear is good), but rather an excellent Turkish film about a small, rural community's descent into fear and violence. From my Berlinale review:

On the surface, Beyond the Hill is a fairly straight-forward slow-burn psychological thriller about an unseen enemy. However, within this structure, Director Emin Alper weaves in pointed political and cultural allegory along with elements of (deep breath...) dark comedy, revisionist-westerns, family-dramas, mysteries and horror films. That he's able to deftly balance all of these aspects without losing the audience or sacrificing the film's suspense is all the more impressive.

7. The Outing (Der Ausflug) - Mathieu Seiler (Germany)
I've already riffed twice on this adult fairy tale and the way it mixes the best parts of Hitchcock, giallo, fairy tales and modern horror to create a haunting masterpiece. Before quoting myself to that end, I'm putting out one more call to sales agents, distributors and festival programmers to help this film find an audience! Full review is here, and here are my comments on it for our collective Hidden Gems piece, from which I pulled this quote:

When trying to pique people's interest with one of those reductive, reference-laden pitches, I usually sputter something like: Imagine if Alfred Hitchcock directed a Brothers Grimm fairy tale and asked Giallo-savants Goblin to score it. But that pitch is reductive, and it doesn't even take into account the unique balance Seiler manages between child-like wonder and near-relentless subtle tension. While Seller uses familiar elements like a family lost in the woods and "the big bad wolf," the simultaneously playful and sinister mood he creates is completely unique and absorbing.

You know how every time you're watching an Andrei Tarkovsky movie, you think to yourself, "Wow. This is deep, visually stunning, emotional and philosophically  challenging... but it's not very sexy."  Look no further! As stated numerous times on this site, Vanishing Waves is the real deal -- a fascinating, hypnotic science fiction film that explores a world seemingly as vast as the universe: the human subconscious. Read my entire, slightly more intelligent review here.

As its current 50% rating on Rotten Tomatoes shows, Ulrich Seidl's chronicle of a middle-aged woman's search for love and pleasure in the sex tourism industry of Kenya is not for everyone. Indeed, it includes a number of graphic, unflinching depictions of sex and cruelty, and, read strictly as a political film, is perhaps problematic. But, as I wrote at Cannes, "...on a more intimate level, the film illuminates complex emotional truths about sadness, cruelty and the search for happiness. Personally, I found it funny, sad, absorbing, and even touching in an odd way..."

I realize this was released in 2011 in many territories, but it didn't come to France until this year, so I'm counting it, especially because it was greeted with so little fanfare for its stateside release. As far as apocalypse films go, the idea here, that we lose each of our senses one by one, is more creative than most. Granted, it doesn't capitalize on people's already-existing apocalypse fears the way that a more plausible scenario does, but Mackenzie's direction is so assured and the lead performances by Ewan McGregor and Eva Green are so good, that by 15 minutes in, we're completely immersed in the fictional world.

But apocalypse backdrop be damned! In chronicling the emotional tumult and rapture between Green and McGregor, Perfect Sense was the most (ahem) sensuous, genuinely romantic film that I saw this year, which is no small feat given that, in the end, it's still a movie about the demise of the human race.

I'm grouping these two films together because both are basically wet dreams, or perhaps fever dreams, for cinephiles. Both herald bygone eras of filmmaking while employing completely avant-garde structural and stylistic elements. Moreover, both are extremely funny and accessible, to where even those who don't live and breathe movies will find much to remember, even if they're a bit confused by the big picture. Much has been written about both movies on this site and others, so I'll leave you with a quote from my Tabu review which applies to both films: "It's one of those rare films that makes you pause in the middle and remember exactly why you love cinema."

Also, if you need any more convincing to see Holy Motors, here's my review out of Cannes. If you've already seen Holy Motors, go track down a copy of Carax's last misunderstood masterpiece, Pola X.

So what if my favorite movie of the year was an animated film about an unlikely friendship between a mouse and a bear? It's beautiful to look at, emotionally honest and funny. Also, like all of the best movies ever made, it's protagonists are two social misfits -- in this case a poor, street-musician bear and an orphan mouse. And fine, it made me cry.

To put it another way, while the cinephile in me appreciates the sophistication and audacity of Tabu and Holy Motors, Ernest & Celestine speaks to my belief that cinema still has the power to make a positive impact on the masses without being condescending, manipulative  or patronizing. Take the kids, the grandparents, the rich, the poor, the educated and the illiterate -- the friendship between the mouse and the bear transcends all of those distinctions. Expect more from me on this one when it gets a stateside release.

Did not see, but would like to: Beyond the Hills (The Romanian one), Black's Game, Once Upon a Time in Anatolia, Wuthering Heights, Turin Horse, Barbara,
Blancanieves, Ginger & Rosa, Extraterrestrial, Painless
Tweet Post Submit

Do you feel this content is inappropriate or infringes upon your rights? Click here to report it, or see our DMCA policy.
AlpsBest European FilmsBest European Films of 2012Beyond the HillErnest and CelestineEuropean FilmHoly MotorsParadise: LoveThe OutingVanishing Waves

More about ScreenAnarchy's Top Tens of 2012