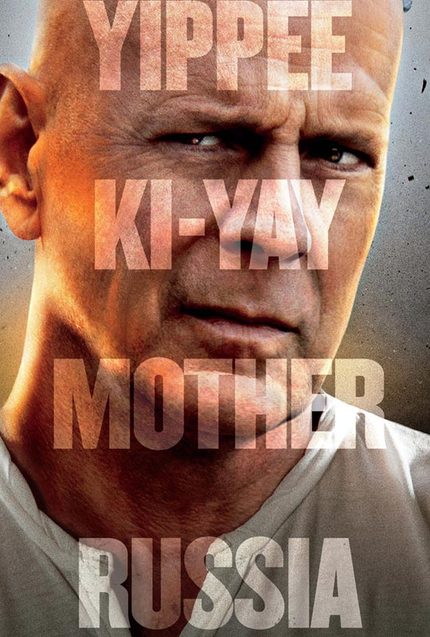 Fox has confirmed that A Good Day to Die Hard will be rated R in the United States by advertising the rating on television.

The new TV ad for the movie displays the official "R" rating box at the very end, though it's lacking the usual description of why it was assigned that rating. (Recent examples: "Strong grisly violence and language throughout" for Texas Chainsaw and "Strong violence and language" for Gangster Squad.) That confirms an earlier report by Collider.

The TV spot plays like a "best of" from the earlier trailers, packing as many explosions and as much breaking glass as possible into 30 seconds. In view of the rating, however, I was hoping that we'd hear Bruce Willis say "Yippee Ki-Yay Mother---" with the last word cut off, followed by the announcer intoning "hear the entire phrase, only in theaters." But maybe that's just me.

The film opens in Hong Kong on February 7, in other parts of Asia the same weekend, and then in the rest of the world on February 14.

Do you feel this content is inappropriate or infringes upon your rights? Click here to report it, or see our DMCA policy.
bruce willisdie hardJohn Moore