NO, Don't Watch This Trailer, Unless ... 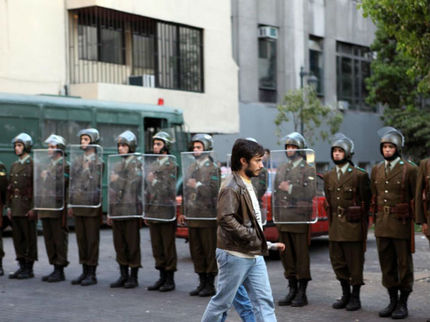 Pablo Lorrain's NO stars Gael Garcia Bernal as a Chilean ad man who takes a turn into politics. The new trailer for its upcoming U.S. theatrical release sets up the premise and the historical period, then unleashes a torrent of real-life ads and the dramatized events.

Our featured critic Eric D. Snider saw the film at Telluride earlier this year, and had this to say in his review:


Pablo Larraín's NO is a fascinating, inventive look at the advertising campaign that helped unseat Chile's dictator in 1988. What happens in NO isn't substantially different from what happens in every election year in every country. Which is to say, it's absurd, funny, and a little sad.

The film opens in the U.S. on February 15, 2013. You can watch the trailer below, but don't click "Play" unless you want to be entertained...