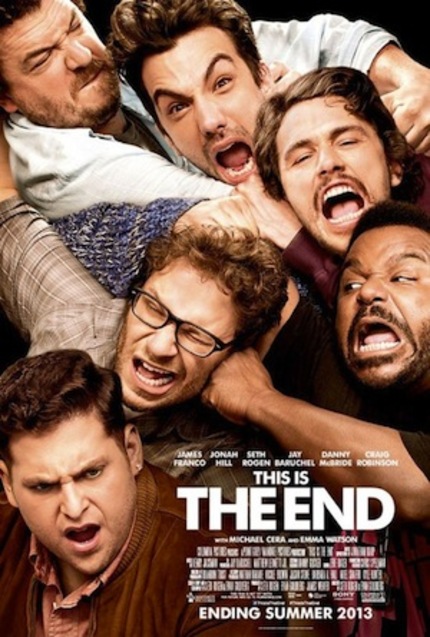 Mentioned on and off for what must be half their adult lives, This Is The End is the directorial debut of Seth Rogen and Evan Goldberg and stars just about every male comic actor under forty in Hollywood, as, well... as themselves at the end of the world. In the fear that their movie won't be seen because, ya know, the world is ending tomorrow and all, Rogen and James Franco introduce this teaser trailer from the safety of their condom stocked bunker. Anyone who enjoyed the boys' antics in The Pineapple Express should get a kick out of this.