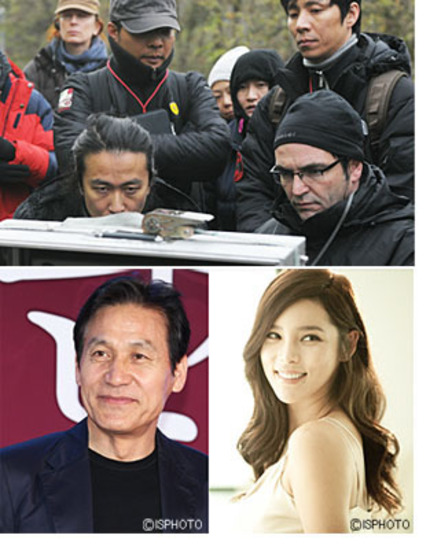 The action adventure is "set in an unspecified era" and "centers on a band of warriors who seek to avenge the loss of their master at the hands of a corrupt emperor."  It features an international cast of Clive Owen and Morgan Freeman as well as Ahn Sung-ki (Sector 7, Unbowed) and Park Si-yeon (The Scent), both in prominent roles.

The Korean/US project is produced by Luka Production of Korea and Route One Films (Rush Hour series) of US.  As a co-production, the crew include talents from many different countries with the aim of bringing the Korean film industry into mainstream Hollywood.  Korean production companies will handle the CG effects and the stuntwork. With Kazuaki's flair for the spectacle in his past films, I can only imagine the visuals would be nothing short of breathtaking.

More about The Last Knights