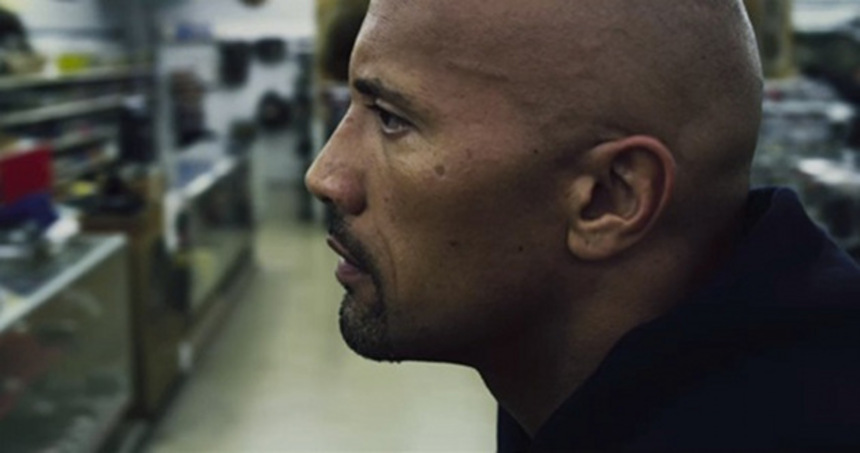 That stuntman turned director Ric Roman Waugh has a flair for capturing action on screen is no great surprise. His background dictates that this should be a skill. What may come as more of a surprise, however, is how much time and effort Waugh puts into his characters and the dramatic elements of his films. He proved it with his 2008 cult hit Felon and now he's bringing that same sense of story to his upcoming Dwayne Johnson starrer Snitch.

Johnson plays a man caught in a hard, hard place. With his son arrested for muling drugs and facing a mandatory minimum ten year sentence Johnson offers himself up in his boy's stead. If he helps the DA make arrests, his boy goes free. But his blundering attempts at getting into the biz land him a whole lot higher up the food chain than he likely intended.

The support cast in this is pretty spectacular - Barry Pepper, Susan Sarandon, Michael Kenneth Williams and Benjamin Bratt are among the more recognizable faces - and the first trailer looks quite solid. Check it below.