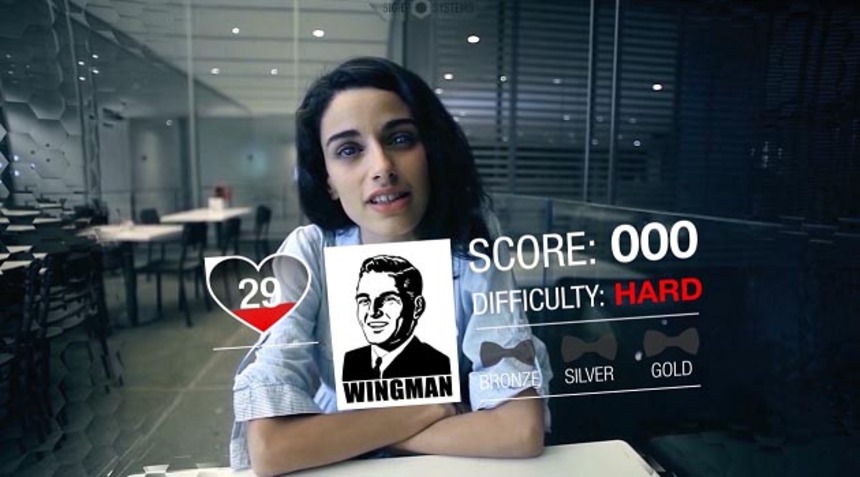 The 2012 Tel-Aviv International Festival for Science-Fiction, Imagination and the Future (IconTLV), aka Israel's International Fantastic Film Festival has announced their winners. Along with prizes in their International Competition for two fest favorites, the festival also awarded a Special Project Short Film Production Grant of 150,000 NIS (approx. $37,500 USD) to Dan Sachar (We Will Be Silent, Overture) and Kai Mark (Overture) for their short film project Nostalgia. Congrats to all. The full details follow:

Award for Best Feature Film
SAFETY NOT GUARANTEED - directed by Colin Trevorrow, written by Derek Connolly
Jury remarks | This was a remarkably well-written film. The portrayal of all the characters was original, convincing and moving - in particular the audience is made to care about the two oddball characters who are at the centre of the story. It evoked a sense of wonder out of a small story, dealing with everyday weirdness. Underlying the sci-fi element of the story there is a genuine idea with human resonance - the wish that most people have to go back in their lives and try to put right errors or inadvertent damage. We see this clearly laid out in the attempt by the Jake Johnson character to relive an affair with an old flame. The film led to a sci-fi conclusion that was particularly enjoyed by the audiences, although this did take away all the ambiguity that had been maintained until then.

Honorable Mention - Presenting a Social, Philosophical or Scientific Dilemma through Genre
SOUND OF MY VOICE - directed by Zal Batmanglij, written by Brit Marling and Zal Batmanglij
Jury remarks | We felt that Brit Marling's performance was brilliant in a subtle and ambiguous role, and that Christopher Denham acted powerfully in a difficult part that required a range of emotions. The idea of time travel was used to create and discuss the dilemma of what can and cannot be believed. Both the audience and the characters were forced to make choices. The film demonstrated well how the rational mind can be drawn into a set of improbable beliefs. The film avoided providing easy answers, and led to a nuanced and ambivalent ending. The last climactic words were "I don't know", which probably most people in the audience would probably agree with.

1st Place Competition Award
KARON - a film by Erez Avni and Itai Edry
Jury remarks | The film uses the genre to show us a journey of a man discovering his fatherhood, with surprising and tragic finale. The strong story is supported by moving and convincing acting. Apart of that, the film provides smart and critical look at the local masculinity, disturbing, but powerfully moving.

About Karon
Eight people travel a train car. After a bright white flash everything changes and they must deal with the weird phenomenon and even worse - each other.
Actors: Lior Ashkenazi ("Walk On Water", "Late Marriage"), Nati Ravitz ("Aviva, My Love", "Turn Left at the End of the World"), Ayala Zilberman ("Impossible Dreams")

2nd Place Competition Award
SIGHT - a film by Eran May-raz and Daniel Lazo
Jury remarks | A smart and exquisite fable that deals, in an interesting and convincing way, with a life "plugged in" and its future evolution. The visual world of the film is an achievement in itself, and can be favorably compared with the most high-profile productions of recent years.

About Sight
In the coming future Google goggles are embedded in contact lenses and augmented reality is part of everyday life. The film follows Patrick throughout his daily routine and a romantic date.
Actors: Uri Gilad, Deborah Arosches

About Bunny Love
A surreal horror at its finest, a film by Veronica Kedar, director of "Joe + Bell". Bunny can't believe her fortune when her obsessive love for Kitty, an eccentric go-go dancer, is actually realized. But her panda bear will do anything to sabotage her new love.
Actors: Ana'el Joey Yunas ("Bait"), Daniel Jadelin (the television series "Skins", "The Prime Minister's Kids"), Yotam Yishai ("the Bubble", "Rock the Casbah", "Joe + Belle")

"The 2012 Tel-Aviv International Festival for Science-Fiction"
I didn´t even know Israel had a sci fi fetsival...thanks for the list Mr Aldrich.