Meet The Muscle And Mind Of FRANKENSTEIN'S ARMY In First Official Stills! 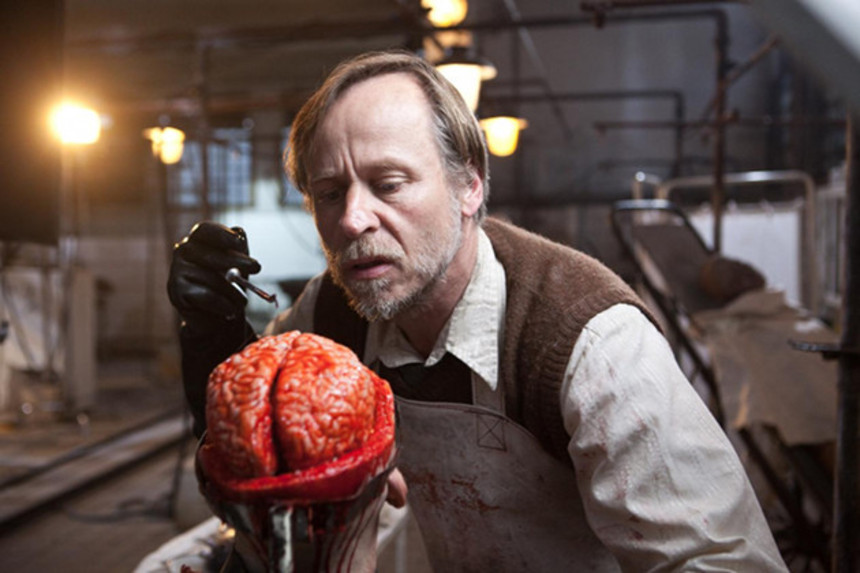 With Richard Raaphorst's Frankenstein's Army lumbering through post production backers Dark Sky Films have released the first official pair of stills from the film. What do you get? Well, there's Karel Roden (Hellboy) as the pivotal mad scientist performing a bit of surgery along with the first proper look at Propellerhead, one of the Doctor's signature creations. As an executive producer on the film I've had a chance to see all of the creatures and while Propellerhead is a personal favorite I can say absolutely that this is just scraping the tip of the iceberg ...

'Frankenstein's Army' takes place toward the end of World War II, as Russian soldiers push into eastern Germany and stumble across a secret Nazi lab, one that has unearthed and begun experimenting with the journal of one Dr. Viktor Frankenstein. The scientists have used the legendary Frankenstein's work to assemble an army of super-soldiers stitched together from the body parts of their fallen comrades - a desperate Hitler's last ghastly ploy to escape defeat. 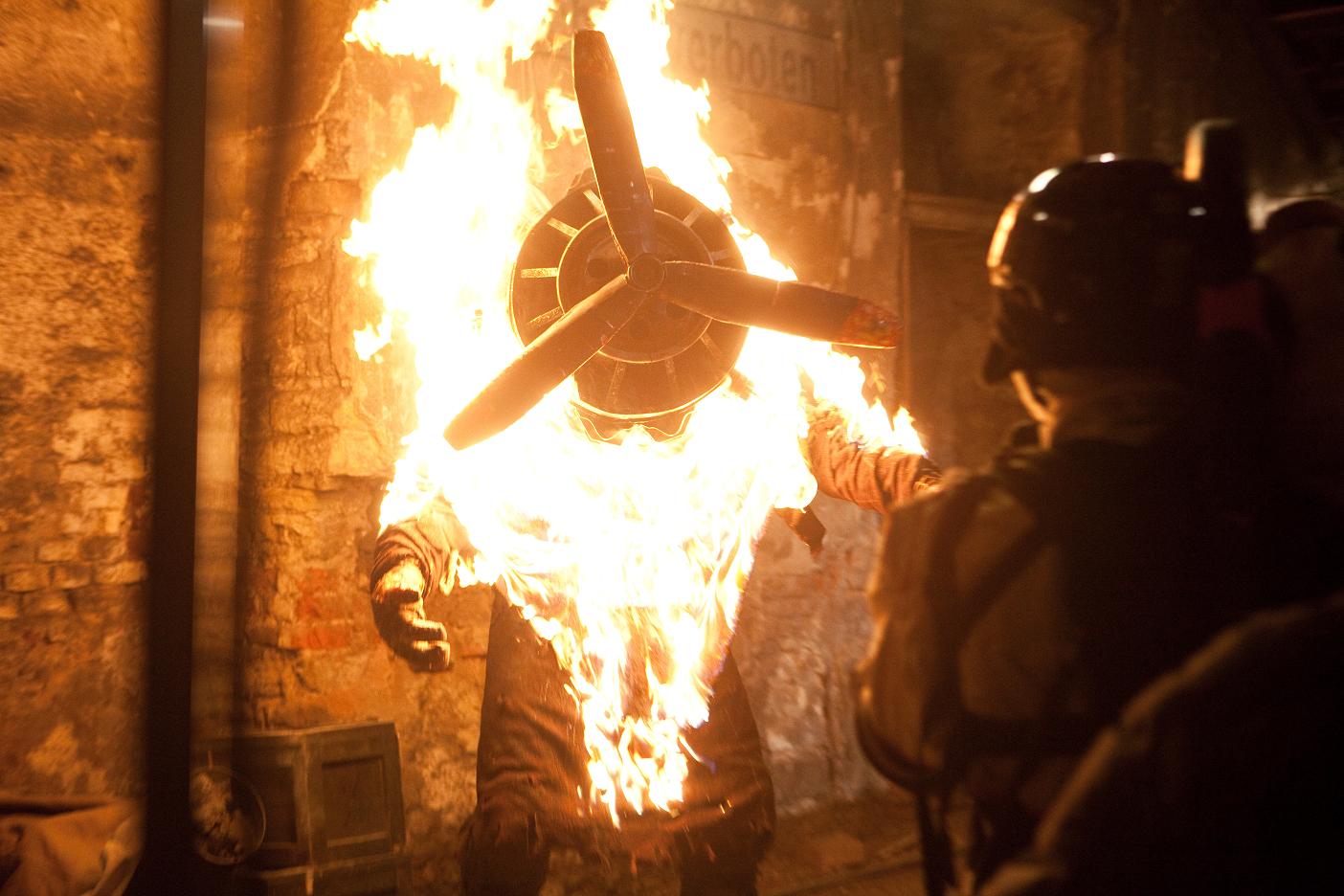 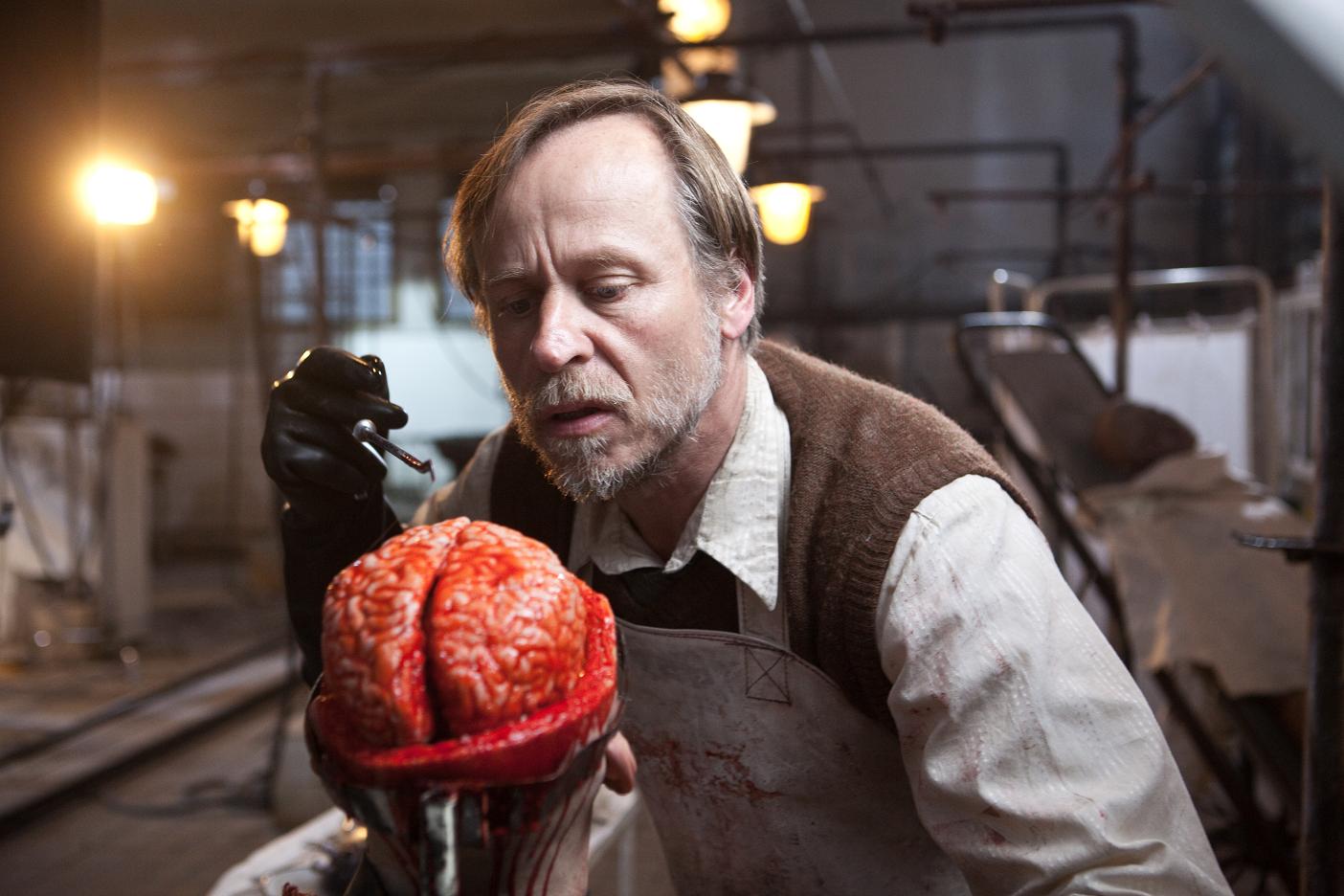