TIFF 2012: Get All Hot and Bothered with First Trailer for Brian De Palma's PASSION 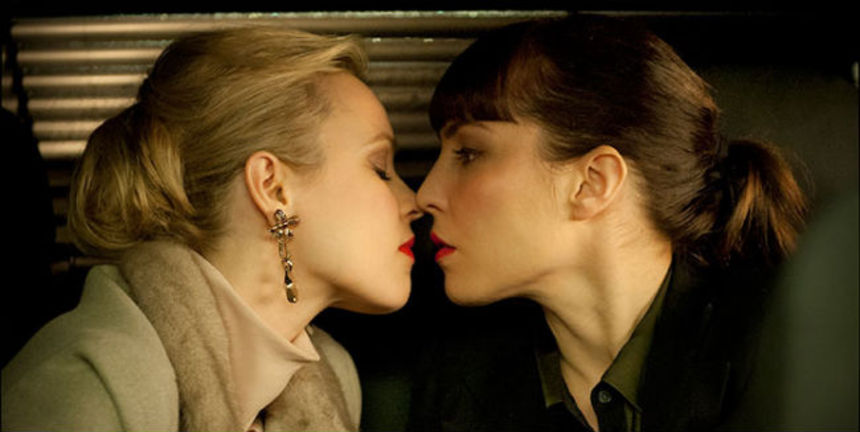 Brian De Palma has been written off before, and it may be that Passion, his remake of Alain Corneau's Crime d'amour (AKA Love Crime), is nothing more than a job for hire. Or, perhaps it's an opportunity for an old dog to show the kids that he's still got a few tricks up his sleeve.

Obviously, I'm hoping for the latter. The original film, starring Kristin Scott Thomas and Ludivine Sagnier, was a perfectly fine thriller with a couple of neat twists. In Jim Tudor's review from last fall, when it had a limited theatrical release in the U.S., he questioned whether a remake was even needed, since the film was successful on its own terms. The TIFF program notes claim: "De Palma follows the structure of the original while making it entirely his own."

The new version stars Rachel McAdams and Noomi Rapace. For McAdams, it's an opportunity to show a darker, more dangerous edge to her personality, while for Rapace it follows her central turn in Prometheus in showcasing her range of acting talents.

The film debuts at the Venice festival before heading to Toronto for its North American Premiere. I don't believe it has U.S. distribution yet, though deals are set up in France, Germany, Belgium, and the Netherlands. We''ll undoubtedly be hearing more about it in the next coupld of weeks, but for now the first trailer promises sizzling heat and two very attractive ladies in very stylish surroundings.