Weinberg Reviews GET THE GRINGO 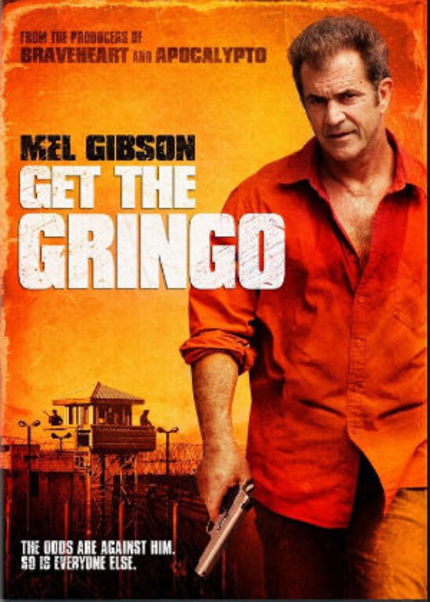 I'm not sure if Mel Gibson told his first-time director that he wanted his new movie to be a certifiably insane concoction of Walter Hill characterization and Sam Peckinpah brutality, but Adrian Grunberg's Get the Gringo feels like it just flopped right out of 1978.

The only thing separating this movie from that era is that Mel Gibson would look a little old for 1978. That's not to say that the sweaty, kinetic, and bizarrely violent Get the Gringo is as good as a Walter Hill or Sam Peckinpah film, but hey, if Mr. Gibson still has a little more action tucked into his back pocket, he has found a few admirable influences for his latest exploit.

Produced and co-written by the controversial Gibson, Get the Gringo (aka How I Spent My Summer Vacation) (both titles stink) is about nothing more than an American criminal who gets locked up in a strangely communal Mexican prison, and how he starts to pit everyone against each other in an effort to make his own escape -- with a huge sack of cash, naturally. So while there's a dash of the old Yojimbo-style double-crosses laid down by an oddly charming anti-hero, there's also (after a slightly airy set-up) an admirable amount of rough, tough action scenes. The opening car chase is nifty enough, but once we get down to prison-yard shoot-outs and semi-convoluted back-stabbings from a wide array of sleazy troublemakers, Get the Gringo is already preparing its wrap-up with a few extra scrapes and surprises.

It's hardly the most original or novel idea for a prison/action movie, but there's always something to be said for a familiar tale that's told with some style and flair. For example, Grunberg and cinematographer Benoit Debie often adopt a decidedly gritty tone, which gives the film a harsh, sometimes brutal, attitude -- but then it also feels a bit like a dark comedy and, at other moments, a morally-deficient neo-noir story about a desperate troublemaker who is simply trying to stay one step ahead of his ruthless adversaries. Speaking of the latter, Get the Gringo has some small, solid performances by character actors like Bob Gunton, Peter Stormare, and Peter Gerety -- but this is mostly Mel Gibson's vehicle, and while the guy may be getting older, he still has ample movie star charm and has no problem selling us as a bad-ass tough guy who has serious skills with a gun.

Little more than a cable-time actioner, truth be told, Get the Gringo is reminiscent of several better prison flicks, but it still finds a few novel angles of its own. The visual weirdness of the film is interesting enough, but it's also kind of fun to watch Mel Gibson slinging a gun and putting down scumbags. This might not be a Lethal Weapon-style comeback for Mel the Action Star, but it would certainly work well enough as a double feature with Mr. Gibson's relatively underrated Payback.

Get the Gringo is now available to watch in the U.S. via various Video On Demand (VOD) platforms. It's also been released on Region 1 DVD and Region A Blu-ray from 20th Century Fox.

Do you feel this content is inappropriate or infringes upon your rights? Click here to report it, or see our DMCA policy.
Adrian GrunbergMel GibsonStacy PerskieKevin HernandezDaniel Giménez CachoJesús OchoaActionCrimeDrama