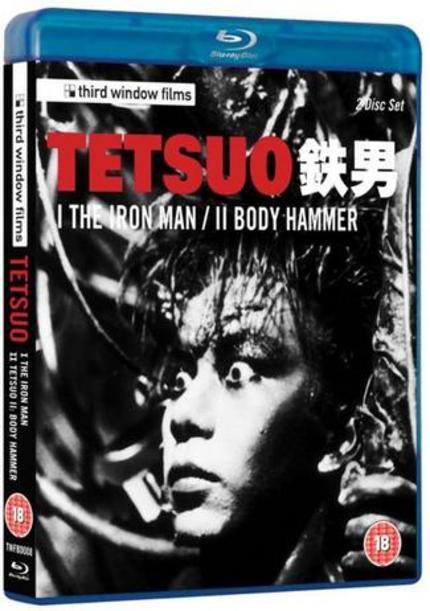 The defining films of the cyberpunk movement are coming soon to Blu-ray from Third Window Films!

We had the first news of Tetsuo: The Iron Man and Tetsuo II: Body Hammer coming in high definition back in April, now we've got details to go along with the excitement!  Third Window Films' managing director, Adam Torel, has sent over the details on these new releases exclusively for ScreenAnarchy readers.

On October 8th, 2012, to coincide with the release of Shinya Tsukamoto's latest masterpiece KOTOKO, Third Window Films will be releasing his cult classics TETSUO: The Iron Man and TETSUO II: Body Hammer for the first time in the world on BLU-RAY and also on DVD. Both films have been digitized from their original negatives with Shinya Tsukamoto supervising the transfers, plus the release will also include 'The Adventures of Electric Rod Boy', Shinya Tsukamoto's 8mm pre-Tetsuo Kaijyu Theatre film, which has also been cleaned up and looking better than ever!

The release, a 2 disc set for both Blu-ray and DVD will feature both 'Tetsuo' films alongside 'Adventures of Electric Rod Boy' as well as a brand new interview with Shinya Tsukamoto himself who talks about the legend behind the two films as well as gives a short introduction to 'Rod Boy'. The release will also feature a reversible sleeve with images of both Tetsuo I & Tetsuo II on each side.

This autumn is shaping up to be heavenly for film fans, and Third Window Films is helping out with these releases as well as the aforementioned Kotoko Blu-ray. 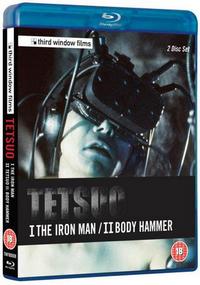 For the occasion of the release, Third Window have also commissioned a brand new trailer for the two Tetsuo films, and if it's any indication of what they'll look like in HD, we're in for a treat. The newly supervised transfer from Shinya Tsukamoto looks fantastic in 720P, and I can only imagine how much better it'll look on my set-up at home. Here are the extras for the Tetsuo double feature, I can't wait!

Do us a solid and order Tetsuo: The Iron Man and Tetsuo II: Body Hammer on two-disc Blu-ray at Amazon through our links below.

Do you feel this content is inappropriate or infringes upon your rights? Click here to report it, or see our DMCA policy.
Shin'ya TsukamotoTomorowo TaguchiKei FujiwaraNobu KanaokaHorrorSci-Fi

More about Tetsuo: The Iron Man