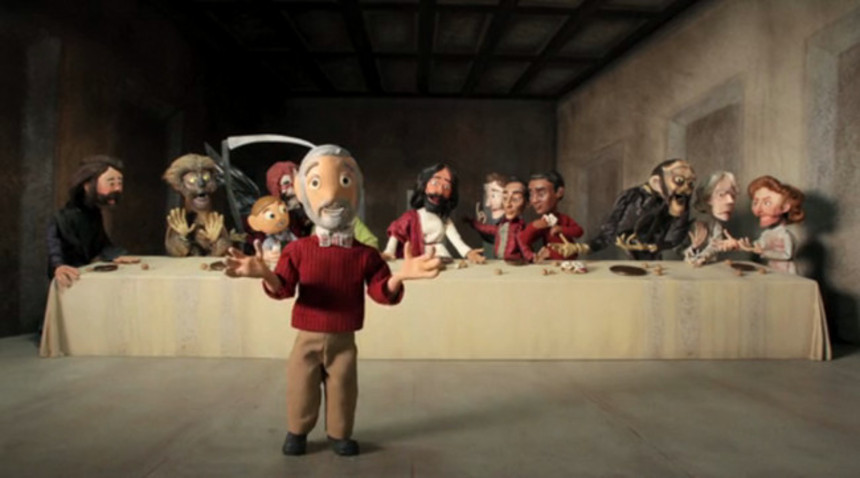 A Charlie Kaufman script brought to life in stop motion animation? Under the watchful eye of Community creator Dan Harmon? Completely crowd funded to avoid studio interference? It's happening and you can get yourself involved via the project's page on Kickstarter.

Titled Anomalisa the film will be directed by Duke Johnson, the man behind the stop motion episode of Community and a frequent collaborator with Exec Producer Dino Stampatopolous - the creator of Moral Orel, Mary Shelley's Frankenhole, a long time producer on MADtv and Starburns on Community. Harmon is also on board as an EP with Rosa Tran producing. Story?

The film follows a celebrated motivational speaker travelling the country, changing the lives of countless people. But in the course of transforming others, his life has become hollow and meaningless. It's a grey and monotonous existence where people literally look and sound identical.

Suddenly one day, a girl's voice pierces through the veil of nothingness. She fills him with such a rush of "aliveness", he's willing to abandon everything and everyone, including his own family, and escape with her to a better life.

Using gear they've accumulated through their careers all involved believe they can make the film for a mere two hundred grand and they're already on their way to raising it. Check the pitch video below.

Do you feel this content is inappropriate or infringes upon your rights? Click here to report it, or see our DMCA policy.
Duke JohnsonCharlie KaufmanDavid ThewlisJennifer Jason LeighTom NoonanAnimationComedyDrama

Find the project on Kickstarter