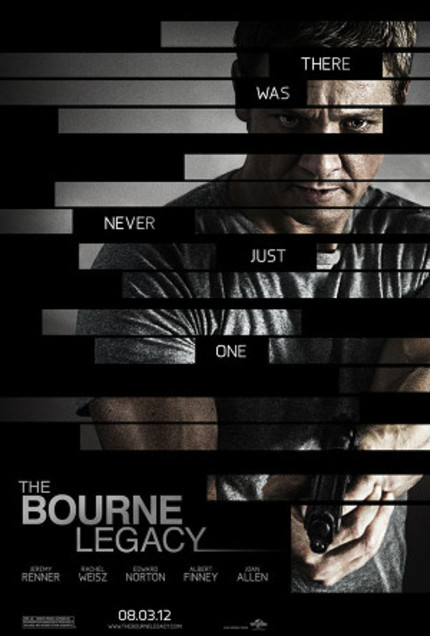 To everyone who ever wondered how there could possibly be a point to making a Bourne movie that did not include Jason Bourne, here's your answer.

A new trailer has just released for the Tony Gilroy directed The Bourne Legacy. And what has become immediately clear is that after a concerted effort to transform leading man Jeremy Renner from a respected character actor to a full blown Hollywood star, that job is now complete. Renner has arrived and arrived in a big way in a part that should place him - deservedly - in the very top tier of Hollywood actors. This is big entertainment, big action that doesn't sacrifice character or story. It is what Hollywood has the resources to do better than anyone else and precisely the sort of thing the studios should be focusing their efforts on. Sure, it's only a trailer and the film has to live up to these brief few minutes, but it is one hell of a trailer.

The narrative architect behind the Bourne film series, Tony Gilroy, takes the helm in the next chapter of the hugely popular espionage franchise that has earned almost $1 billion at the global box office: The Bourne Legacy. The writer/director expands the Bourne universe created by Robert Ludlum with an original story that introduces us to a new hero (Jeremy Renner) whose life-or-death stakes have been triggered by the events of the first three films. For The Bourne Legacy, Renner joins fellow series newcomers Rachel Weisz, Edward Norton, Stacy Keach and Oscar Isaac, while franchise veterans Albert Finney, Joan Allen, David Strathairn and Scott Glenn reprise their roles.