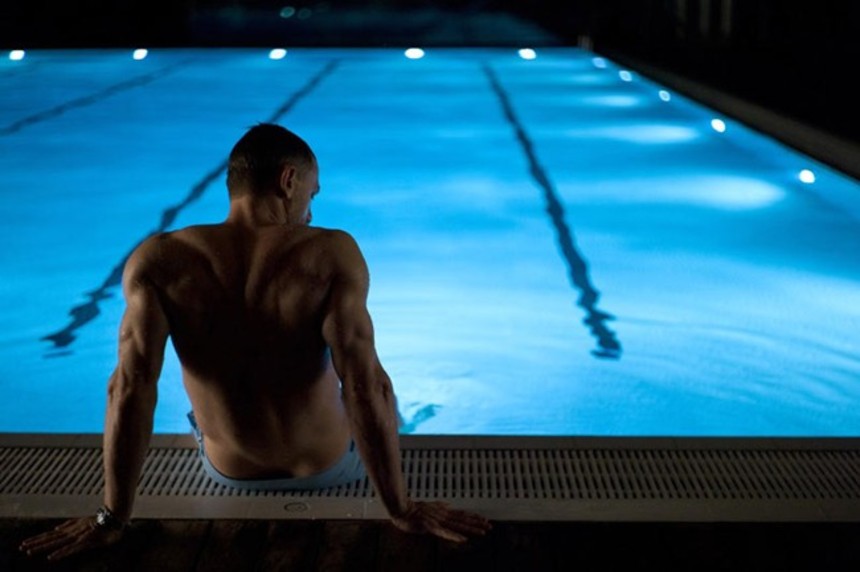 Director Sam Mendes recently said that his James Bond installment, Skyfall will be more faithful to the complex, often-conflicted character in Ian Fleming's novels. Granted, the series has been headed this way ever since Daniel Craig took over, but to date, there's still quite a bit of disparity between the Bond in Fleming's novels and the one we see on screen. At a news conference in Istanbul, Mendes said that Craig had been reading Ian Fleming novels in preparation for the new film, and went on to elaborate a bit about the spirit of the novels he's hoping to bring to the new film. He specifically points to the fact that Fleming's last novels infuse bond with a "combination of lassitude, boredom, depression, difficulty with what he's chosen to do for a living, which is to kill. That makes him a much more interesting character."

Props to Mendes here. His assessment is eloquent and totally dead-on (although the idea that Bond might enjoy Heineken is sadly not). However, in addition to all that grit and conflict, Fleming's Bond had some pretty great quirks to go with his brooding. So, in case the series continues to consult the books, I humbly present five characteristics of Bond from the novels which, if incorporated into the films, would in turn surprise, offend, amuse and even warm the hearts of all viewers accustomed to the invincible, one-liner-spewing Playboy that Sean Connery immortalized.

1. Bond is sometimes kind of feminist!
In the movies as well as the books, women love sleeping with James Bond, but I doubt his mailbox is overflowing with invitations to feminist rallies. However, while it may fall short of the strict academic definition of the word, this paragraph about Bond's initial impressions of Domino in Thunderball still goes well beyond the safe, P.C. psuedo-feminism usually espoused in mainstream movies.

"'Whore', 'tart', 'prostitute' were not words Bond used about women unless they were professional streetwalkers or the inmates of a Brothel, and when Harling, the Commissioner of Police, and Pitman, Chief of Immigration and Customs, had described her as an 'Italian tart' Bond had reserved judgment. Now he knew he had been right. This was an independent, a girl of authority and character. She might like the rich, gay life, but so far as Bond was concerned, that was the right kind of girl. She might sleep with men, obviously did, but it would be on her terms and not on theirs."


2. Okay, Bond still has some women problems.
In fairness, I should add that immediately after the preceding paragraph, Bond starts talking about women drivers:

"Women are often meticulous and safe drivers, but they are very seldom first-class. In general Bond regarded them as a mild hazard and he always gave them plenty of road and was ready for the unpredictable. Four women in a car he regarded as the highest potential danger, and two women nearly as lethal."

He goes on for a couple paragraphs about how women talk too much while driving, and how they always look at each other's faces instead of the road and... you get the idea.

3. James Bond's most powerful enemy is probably heart disease.
Sure, Bond drinks a lot, eats well and sometimes even smokes in the films. But in the novels, Bond drinks to the point of awful hangovers, eats almost nothing but red meat, bacon and eggs and smokes sixty cigarettes a day. There's an amusing riff on his habits in Thunderball when M sends Bond to a health clinic where he eats only organic vegetables and refrains from drinking liquor or coffee and smoking. (Spoiler: This doesn't last). If Mad Men is any indication, our health-obsessed culture can't get enough of seeing people on screen indulge in the habits that we're ashamed of, so let's go ahead and bring Bond back to his excessive roots. In fact, I think I'd find him even more impressive if I watched him climb buildings and jump out of helicopters after a rare steak, four double whiskeys and a pack of cigarettes.

4. James Bond prefers Texas to the rest of America.
In Skyfall, Bond apparently gets to meet girls and do crazy stunts in London, Scotland, Turkey and China. Maybe in the next movie, they should send him to Texas and let him team up with the finest that America has to offer. At least, the finest according to Bond in Casino Royale. To wit:

"It turned out that Leiter was from Texas. While he talked about his job with the Joint Intelligence Staff of N A T O and the difficulty of maintaining security in the organization where so many nationalities were represented, Bond reflected that good Americans were fine people and that most of them seemed to come from Texas."

5. Bond loves trains.
For whatever reason, this line in Live and Let Die always warms my heart. Keep in mind, paragraph comes after Bond has fought his way through the Harlem underworld, risked death multiple times and, at the moment, fears he could be killed at any moment. I'd love to see a thirty second shot of Bond just staring out a train window, wide-eyed with joy like a child on Christmas Day.

"Bond turned to the window and watched the pretty clapboard houses slip by as they approached Trenton. He loved trains and he looked forward with excitement to the rest of the journey."