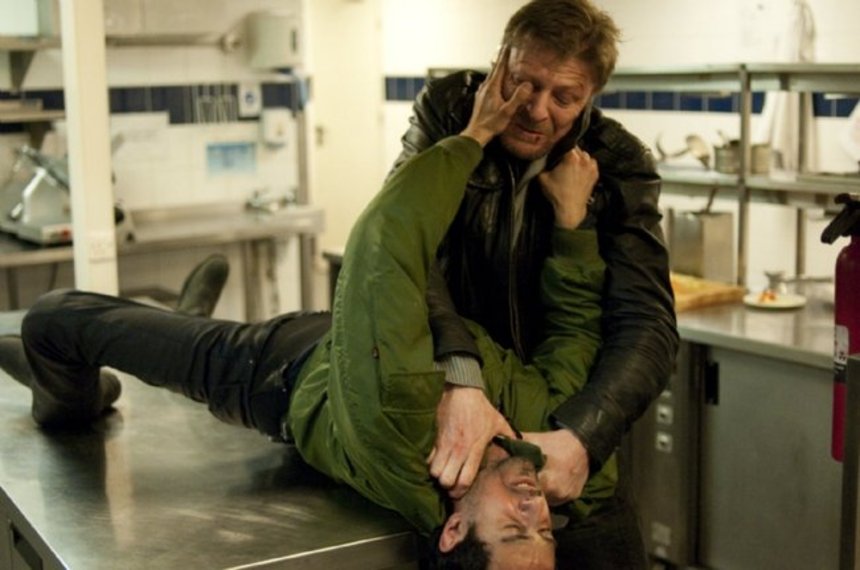 With only a few days left to go before an unrelenting Sean Bean goes straight to town on scheming terrorists in Hadi Hajaig's action thriller Cleanskin, Digital Spy is exclusively streaming the first five minutes.  It contains scenes of sex and violence so consider it NSFW.

Sophisticated British action thriller CLEANSKIN explodes onto cinema screens in March with an exciting cast lead by Sean Bean, who plays Ewan, a Secret Service Agent working undercover in the criminal underbelly of London. His mission is to pose as the body guard of a small time arms dealer and discover who he is selling the Semtex to.

However, when they are brazenly ambushed by a masked gunman in a West End hotel lobby, Ewan is shot and wounded and the dealer assassinated. The Semtex is stolen.

Days later, a suicide bomber detonates himself inside a busy London restaurant and the Secret Services worse fears are confirmed -- the stolen Semtex was used in the bombing. There is a terrorist cell operating in London, hell bent on bringing death and destruction to the nation's capital. Briefed by his operators (Charlotte Rampling and James Fox), Ewan is tasked with finding the cell and executing them. His orders are to terminate with extreme prejudice. Operating off grid, no one will know what his mission is; and if he is caught, they will deny all knowledge.

Unknown to Ewan, the mastermind behind these bombings is Ash (Abhin Galeya), an idealistic embittered young man, who was 'turned' whilst at University. Ash is utterly devoted to the cause but with no criminal history, he is every agent's worst nightmare. He is a 'cleanskin': a terrorist with no previous convictions and unknown to the national security services. Can Ewan take him out before the unthinkable occurs?

The film will be released in UK cinemas by Warner Bros. Pictures on March 9th.  You'll find the opening video embedded below.  Also included is several clips from various sources.