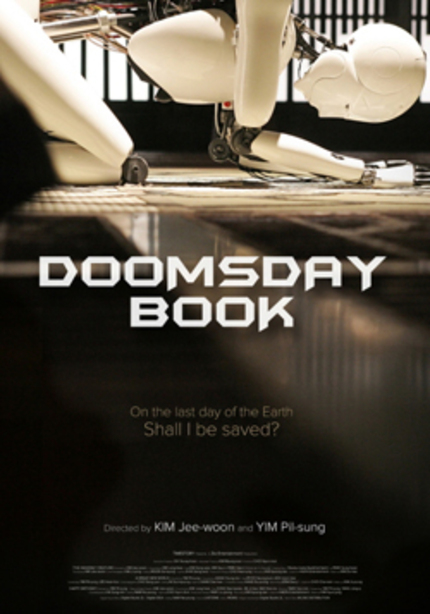 The end of the world is coming and acclaimed Korean directors Yim Pil-sung (Antarctic Journal) and Kim Jee-woon (I Saw The Devil) think they know what it looks like. The duo have teamed up for three part anthology The Doomsday Book with each directing one segment solo while collaborating on the third.

Two acclaimed Korean directors unfurl three unique stories of human self-destruction in the modern high-tech era. In a hope to restore the humane compassion in the insusceptible modern age, the film displays an alternative form of genuine humanity. And thus you are stepping into the world of future, where a series of unexpected stories awaits you. All these stories originate from the earth. From the very earth you live on.

Viral outbreaks, an impending asteroid, Buddhist robots ... they all come together in the film's first trailer. Check it below.
Tweet Post Submit