Sundance 2012 Review: SLEEPWALK WITH ME 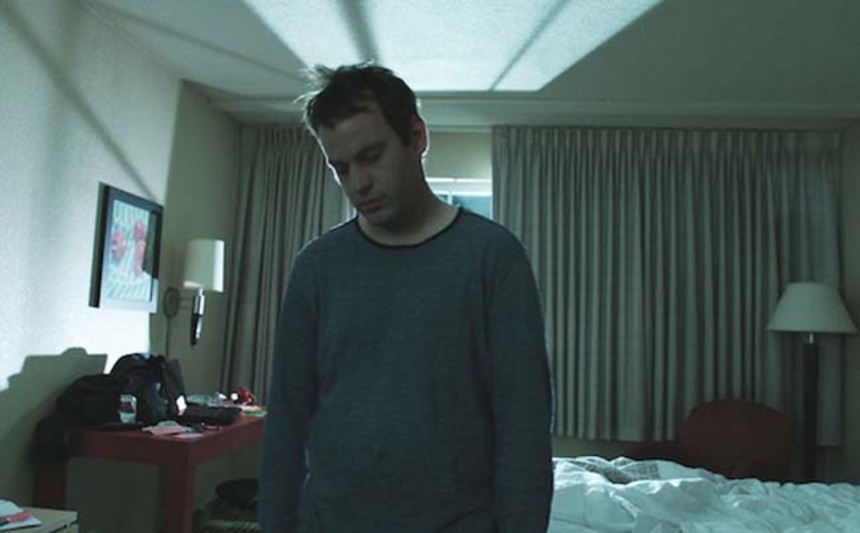 Mike Birbiglia's Sleepwalk With Me has a lot going for it. It's smart, it's charming, it's funny and it's deeply personal. If you know of Mike Birbiglia's other work, you know that this is the case with just about everything he does. His unique voice in stand up comedy is based entirely around long stories full of insights into Birbiglia's life and his comical musings about them. Of course, many of these insights come after embarrassing, tragic, or frustrating situations and Sleepwalk With Me is no exception. First a one man show Off-Broadway, then a segment in an episode of This American Life, and now a feature film - this particular story has had years to gestate, grow, and deepen - and I can happily say that it has aged well like a fine wine - which you may want to avoid just before bed, along with eating, or looking at a bright screen of any sort. Once you see the movie, you will understand that joke.

Mike Birbiglia plays Matt Pandamaglio, who is a thinly veiled version of himself. The film follows Pandamaglio through his early days of becoming a stand up comic and the coinciding issues he has with extreme sleepwalking. This gets worse the more he is on the road and stressed about his life, his relationship, and his upcoming wedding. And when I say extreme sleepwalking, I mean actually acting out his dreams in real life which puts him in rather dangerous and embarrassing situations. Because this is all based on Birbiglia's real life, and told through his own narration, the story is able to constantly pull at your heartstrings while making you laugh at the same time. Birbiglia clearly sees and appreciates the ridiculousness of the situations and is ready to laugh at them himself which allows the audience to do the same, guilt free.

Birbiglia studied film in school but never directly pursued filmmaking until now. Aside from a few short films, this is his first foray into movie making at anywhere near this scale. Luckily, his education in film clearly taught him to be a more than competent filmmaker and in Sleepwalk With Me, Birbiglia was able to leverage the filmic language and embrace this form of story telling with much more skill than many a first time filmmaker. This is especially evident in the way he translated his story from stage to screen - something that is no easy feat.

For instance, there is a scene in which a character (I'm trying to avoid spoilers here) jumps out of a closed window. In the version on This American Life, the description is funny. It's like a cartoon in the listener's imagination based on the way he explains it. Yet in the film, this moment is actually shocking. The shards of glass and the blood made a woman next to me gasp. The seriousness of the moment is heightened for an instant - but then the following image of the character groggily getting up and walking around the building and back into the lobby is right back to being funny. The purely visual performance makes this moment work in a completely different but just as effective way.

The film is full of instances like this. The story telling is tight yet the comical asides and meta observations keep it feeling loose and casual like Birbiglia is telling a story directly to each and every audience member individually. He reminds us that we're supposed to be on his side preceding a shameful moment we are about to witness and he reminds us that it's okay to laugh as soon as that shameful moment is over. All this is done in a subtle way that doesn't feel on the nose nor does it feel like we're being told what to think like a cheesy laugh track in an old sitcom. The narration only adds to the experience and works so well at keeping the story in the literal and figurative voice of it's writer.

Guided by Ira Glass, the famed producer and host of This American Life (who also produced Sleepwalk With Me), this film will be loved by many, just as Birbiglia's stage work and Glass's radio show already are. It's clear that these two story tellers have influenced each other's work over their years of collaborating and at this juncture, Sleepwalk With Me might just be the pinnacle.

More about Sleepwalk With Me