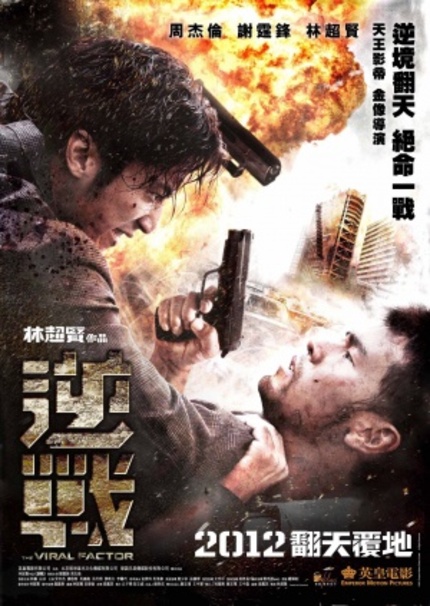 Hong Kong action maestro Dante Lam (Fire Of Conscience, The Beast Stalker, Stool Pigeon) has established himself as Hong Kong - and arguably all of Asia's - finest and most consistent action film director over the past five years and he is rewarded with by far the biggest budget of his career with The Viral Factor.

A continent hopping action thriller starring Nicholas Tse (Stool Pigeon) and Jay Chou (The Green Hornet) as brothers on opposite sides of a plot to release a genetically modified virus into the world, The Viral Factor will be releasing worldwide in January, the US release handled by China Lion.

And after a string of Hong Kong promos for the film China Lion have just released one of their own and it's a good one, loaded up with all the explosions and gunplay that fans have come to expect from Lam. Take a look below.