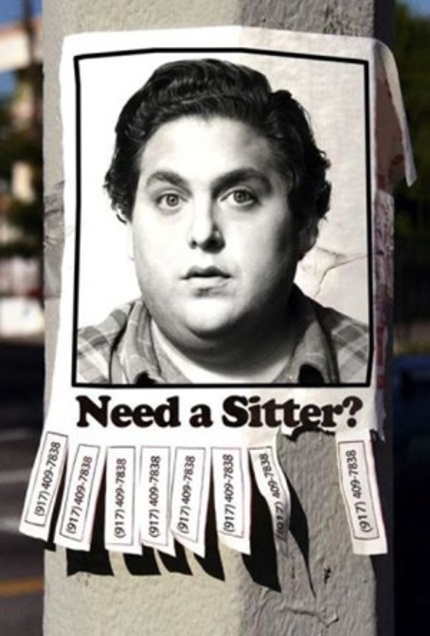 (Hollywood Grind is a column that examines filmmakers working within the studio system to produce and/or distribute their work.)

Did David Gordon Green and Garry Marshall sell their souls when they agreed to direct The Sitter and New Year's Eve, respectively? (Both movies, allegedly comedies, open wide in the U.S. tomorrow.) Let's say, just for the sake of the argument, that both Green and Marshall took the jobs solely for the money they were offered.

So what, right? Everyone has to provide for themselves (and their family and loved ones) materially; the film industry pays its most successful practitioners handsomely; both directors have worked themselves into positions in which they can receive good paydays.

The question then becomes: What did they see in these particular projects that compelled them to spend months out of their lives making them?

In the case of Garry Marshall, the answer seems straightforward: He's always been a jokester with a fondness for broadly sentimental material, with an emphasis on nostalgia. Before he began making movies, he worked in television, and before that, he wrote jokes for comedians. He wrote for sitcoms starring Lucille Ball and Dick Van Dyke in the 60s before creating and producing his own shows, notably The Odd Couple, Happy Days, Laverne and Shirley, and Mork and Mindy in the 70s. His shows were wildly successful, even as they stuck rigidly to the traditions.

He made his feature directorial debut with Young Doctors in Love in 1982, which was basically an R-rated sitcom, and then struck gold with The Flamingo Kid in 1984. Matt Dillon played a Brooklyn teen who gets a summer job as a cabana boy at a posh Long Island club, and then must decide between following the example of a flashy card player (Richard Crenna) or his dear old blue-collar father (Hector Elizondo). The film is warm and well-observed, and Dillon gives a great performance as a kid torn between loyalty and desire. 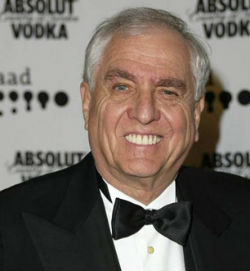 Of interest, Marshall's only credit in the 27 years since then was The Other Sister in 1999. He's gone on to make another 16 films with varying degrees of success; he's had enough major hits to keep working consistently, and seems especially adept at showcasing starring roles for strong women: Pretty Woman (Julia Roberts), Exit to Eden (Dana Delaney), and The Princess Diaries (Anne Hathaway). And then came Valentine's Day, with its ensemble insipidity, which wrought its spiritual sequel, New Year's Eve.

Like his TV sitcoms, Marshall's films are never challenging. He appears to be a very funny man with a self-deprecating sense of humor, and that sensibility, combined with the polite manners of a street kid from the Bronx who made good, infuses his work. So it's no surprise that New Year's Eve would appeal to him: a story set in New York City, filled with well-intentioned characters, and a bit of heart-tugging sentimentality.

David Gordon Green is more problematic. He came to attention with his beautiful, sensitive drama George Washington in 2000, and followed that up with three more precisely-fashioned, generally downbeat dramas: All the Real Girls, Undertow, and Snow Angels. They were good films that reflected a distinctive, independent vision.

Green was invited to the set of Judd Apatow's Knocked Up and later told TIME Magazine: "I was looking at their model of commercial, successful comedies and mine of dramatic films that don't make any money and thought there might be a cool fit there. I am at a point professionally where I need a little bit of financial credibility. And it worked out conveniently that my interest was to make a commercial comedy." That film was Pineapple Express, a crude "weed comedy" that reaped big rewards at the box office.

A planned remake of Dario Argento's Suspiria fell through and Green moved on to other projects, including Eastbound & Down, the crude HBO series starring old college buddy Danny Mcbride, and Your Highness, the crude stoner comedy with McBride, James Franco, and Natalie Portman. 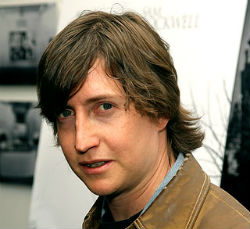 Green was in the process of editing The Sitter when Your Highness was released earlier this year. Your Highness, which he described as a "dream project" in an interview with Film School Rejects, did not do well at the box office. When it came to The Sitter, he observes: "For a movie that costs a lot of money, it needs to be successful. You have to at least consider the appeal of a little bit more of a broad culture. I try to use kind of my own ethical and emotional gauge of when to push the envelope and when to say, 'All right, that's just for me and my deleted scenes.'"

In another interview with Indiewire, Green explains: "My student films in college were for the most part comedies. When I started making dramas, my film school buddies were very confused." Regarding his early dramas, Green claims: "It's only once I started making comedies that people started looking at those movies. In a weird way, people are commenting and shooting me down for making these movies now and the only reason people have fucking heard of them is because of what I'm making right now (laughs)."

So it seems that The Sitter represents the kind of movie Green enjoys, and, while editing, he took into account what he could do to appeal to "a broad culture" and, perhaps, avoid the box office disappointment of Your Highess and, especially, his earlier work.

Marshall and Green have walked very different paths and, purely by coincidence, find themselves competing for attention with comedies that will appeal to different audiences. Marshall is now 77 (?!) years of age; he may "only" be a journeyman director, but it's not easy to craft comedies, and surely some of his films will be long-remembered.

Green, however, is still only 36. His future stretches out before him, like an open book. He'll need to decide how he wants to fill those pages: with crude, broad appeal comedies and/or with quieter, personal pictures that are no guarantee to sell tickets.

New Year's Eve and The Sitter open wide across the U.S. tomorrow.