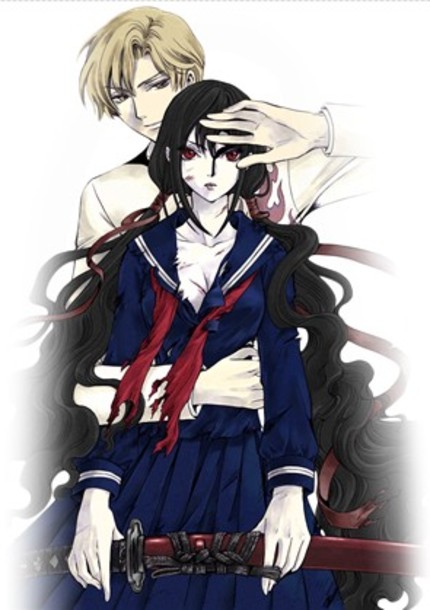 Eleven years after the arrival of landmark anime OVA Blood: The Last Vampire the hugely popular action-horror launched by supervising producer Mamoru Oshii (Ghost In The Shell) and screenwriter Kenji Kamiyama (Eden Of The East, Ghost In The Shell: Stand Alone Complex) is finally getting the animated feature treatment.

I doubt that anyone quite understood what they were launching when they created the story of Saya, a teenaged vampire hunter, but the original 48 minute animation has since spawned multiple video games, manga, two animated television series (Blood+ and Blood-C) and an ill-fated live action feature. But so far it has not appeared on cinema screens in animated form. That changes in 2012 with the arrival of Blood-C: The Last Dark.

The feature length installment of the second Blood television series, Blood-C is a collaborative effort between original producers Production IG and acclaimed design and manga outfit Clamp. And from the looks of the first trailer it would appear that all the classic hallmarks of the series are present in full effect. Take a look below.
Tweet Post Submit

More about Blood-C: The Last Dark