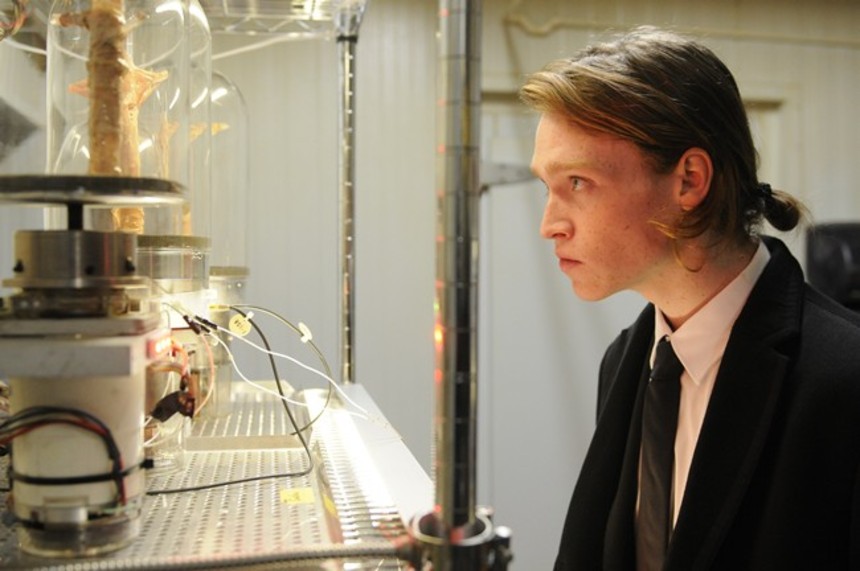 Twitch has been keeping a very close eye on Antiviral, the debut feature of Brandon Cronenberg, over the past couple months. The son of David Cronenberg, Brandon appears to be taking on the family mantle and crafting a story of obsession and body manipulation.

Antiviral follows Syd March, an employee at a clinic that sells injections of live viruses harvested from sick celebrities to obsessed fans. Biological communion - for a price.  Syd also supplies illegal samples of these viruses to piracy groups, smuggling them from the clinic in his own body. When he becomes infected with the disease that kills super sensation Hannah Geist, Syd becomes a target for collectors and rabid fans. He must unravel the mystery surrounding her death before he suffers the same fate.

Caleb Landry Jones (X-Men: First Class) takes the lead with Sarah Gadon (Cosmopolis) and Malcolm McDowell co-starring. What you see above is the very first image from the film, an image that pretty much dares you to ask what's growing in those jars.
Tweet Post Submit