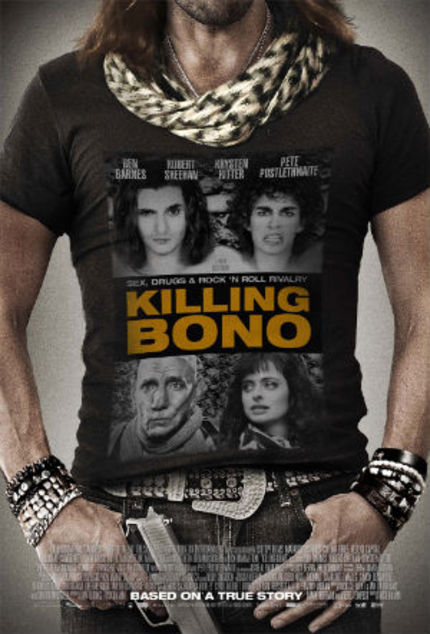 "I was very much a part of that world." Nick Hamm's Killing Bono provides an insider's view of the UK music scene in the late 70s and 80s, as U2 ascended into the stratosphere, leaving their high school compatriots the McCormick brothers far behind. Rather than focus on the more familiar story of a band's rise to stardom, the film looks at life on the fringes, as Neil McCormick and his brother Ivan struggle to make ends meet and pursue their own musical dreams.

Born in Belfast, Hamm was a schoolboy in Northern Ireland during the late 70s before attending university in England in the early 80s. He was a fan of U2 and felt very much a part of the music scene, albeit as an audience member, not a performer. So, when he read Neil McCormick's 2003 memoir, Killing Bono: I Was Bono's Doppelganger, he recognized that it was a great story, capturing a time, place and music scene that he knew very well and presenting it from a completely different point of view.

"It's a movie about failure,"

he says in a telephone conversation before the film opened in New York last week. (It opens today in Los Angeles, and is also available via various VOD platforms.) "It's a movie about people trying to do something that they don't succeed in." The story's appeal to Hamm is readily apparent. "When I was a kid, I remember a lot of that punk and post-punk stuff coming out. So when I had the opportunity to recreate it, or put it back in, it was fantastic."

Hamm served as resident director with the Royal Shakespeare Company from 1983 to 1988 before moving into television and eventually feature films. His best-known film may be Godsend, with Robert De Niro and Greg Kinnear, but he's also made the lush period romance Talk of Angels and The Hole, a twisting high-school mystery that was the first film to showcase young Keira Knightley. Listen to the audio commentary for the latter, and it's clear that Hamm is a meticulous planner. I asked if that came from his theater background, or if it developed later.

"What the stage teaches you is how to work with actors,

and how to work with them in their world, in the language that they understand. That's what I enjoy bringing to the film; I can navigate with the actor in a way that a lot of other directors, who haven't come from the theater, don't have. Every director has their own skill set in a particular area. What the theater teaches you is incredible discipline, incredible preparation. You have six weeks to get your show ready; you have an opening night date that's set. And that's it; on opening night, it's done.

"In a sense, making a movie is the same thing. I'm very aware of the money involved in making any picture. The actual filming is the smallest bit; it's the most enjoyable, the most crazy, but it's also the most expensive. You're going to spend years, or maybe months and months, preparing and preparing, and you're going to shoot for six, eight, nine weeks. You don't want any messing around in that.

"When you do a music picture, you prepare all that far in advance. When you're staging those rock scenes, they're fun things to do, to get the audience going. But we worked out all the music about six months before we started shooting. We had all those things buttoned down."

With all the advance preparation and planning required, I wondered if there's any room for improvisation.

"That's what fucked me up a little bit. 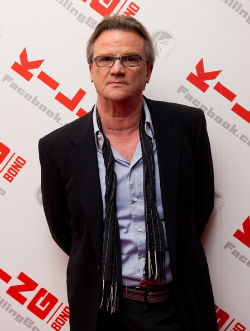 "Normally, I like to respond to what the actors are doing. Certain blocks of the movie were already decided, so they have to hit that beat. A lot of music films stop, let the music play, and then carry on. I wanted to integrate the drama inside the concerts.

"I wanted to plan the journey of their music, from failure to almost-success to failure. We started them out playing covers; they were just imitating everyone else, they never had their own vision, in direct contrast to U2; regardless to what everyone else was doing, they did that. That's the signature of a great band; you're not just following the crowd, you're saying, 'This is our music.' In that sense, the McCormicks didn't have that. So I wanted to chart a journey for them that was clear that they were imitating."

Laughing, he observes, "I think the movie would have been more successful in Europe, if we had a few covers in it, but we couldn't do that. That wasn't the point of the film."

As a failed high school musician (and fan of early U2) myself, I can easily relate to the story. Most of us have some kind of dream of stardom when we're younger, whether it's in music, movies, the art world, journalism, novels, sports, whatever, dreams that we eventually are forced to give up on pursuing because we lack the skill set (or don't catch the breaks) required. What's fascinating about the McCormicks is that they didn't give up, even when they were sabotaging themselves.

"What person, 17 years of age, hasn't stood in front of the bathroom mirror and said, 'I could be a rock star'?

"But we are constantly reminded of our lack of talent, enough so that we give up that dream. They simply don't want to pay us. But these guys, the McCormicks, just carry on regardless, which I think makes them such great everyman characters."

In terms of self-destructive behavior, the stubborn Neil McCormick has much in common with Walter White, the high school teacher turned drug dealer, played by Bryan Cranston in U.S. television show Breaking Bad. I mention this to Hamm, and he relates a common audience reaction to a certain moment, late in the film (no spoilers!), when Neil's stubborn, self-destructive tendencies collide in head-slapping fashion.

"When you're watching that in a cinema, you can hear 200 people groaning!"

The line of dialogue that prompts that reaction, which you'll recognize when you hear it, was borrowed from another proud musician in a slightly different context, but Hamm says that it fits Neil McCormick's character so perfectly that they simply had to put it in the movie. And it captures the attitude exactly; you can't help but feel badly for Neil because he's so delusional.

The film walks a delicate line between amiable comedy and empathetic drama. "I tried to make the comedy so that you'd feel in the moment," explains Hamm. "I wanted it to have an emotional resonance. I was aware that the story is difficult for people to stomach. What I had to do was make it funny. Let's face it: hubris and vanity and rage and revenge are all great comedic motivators.

"I knew I could make a comedy out of it.

"This is a complete idiot who's going to be absolutely identifiable to everybody who watches, and going to be dramatically funny to everybody, because he takes it all seriously, and everyone else is not. You needed a source of the comedy, and that was the source, his hubris, if you like."

Ben Barnes, as the stubborn Neil, and Robert Sheehan, as the more talented yet realistic Ivan, are well cast. "I had to get two guys who could play brothers, and could play both comedy and drama," Hamm recalls. "I also wanted them to have some sort of musical ability. ... Ben is a really nice guy, and that was important, that we have a nice guy playing someone who's not so nice. If we'd had someone heavy playing that role, you would have hated the movie. You couldn't have identified with him. And Robert had a real belief in his brother, a real innocence. He looked up to his big brother. "

The identifiable and relatable aspects of Killing Bono not only make the movie palatable, they're the most inviting element of an enjoyable film that accurately and empathetically tracks the serio-comic journey of a band that never came close to becoming bigger than U2, no matter how many times they changed their name. 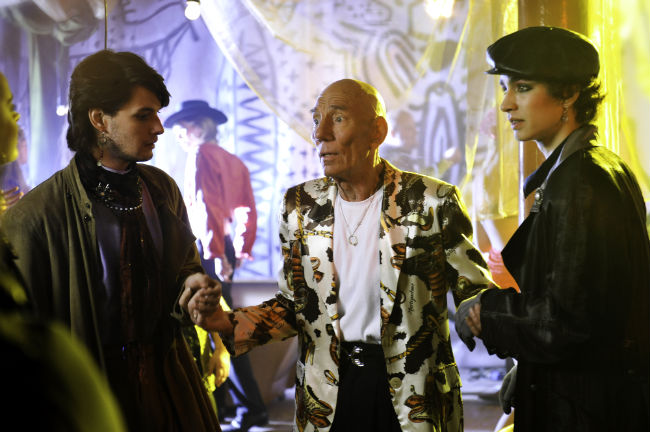