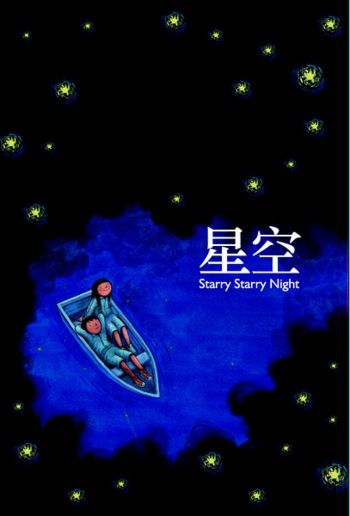 STARRY STARRY NIGHT is an adaptation of one of Taiwan's most famous illustrators, Jimmy Liao's beloved illustrated novel of the same name. In 2003, Liao's other popular novels, COLOUR OF SOUND and TURN LEFT, TURN RIGHT, were adapted by Hong Kong directors Joe Ma and Johnnie To respectively.

Synopsis: It is a coming-of-age love story about a twelve year old girl's struggle with her family, her first love interest and about how the worst time during her growing up can become her fondest, most beautiful memory.

STARRY STARRY NIGHT is directed by Tom Lin Shu-Yu, regarded as one of the most promising new directors from Taiwan. His debut feature, Winds of September, was a critical and audience favourite when it was shown in 2008. STARRY STARRY NIGHT premiered and touched audiences at the recently held Busan International Film Festival.

Embedded below is the English-subbed teaser and official trailer (without English subtitles). By the way, the rather catchy theme song in the official trailer is by the very popular Taiwanese band Mayday.