AFM 2011: Get Your First Look At Andrew Lau's Flying Guillotine 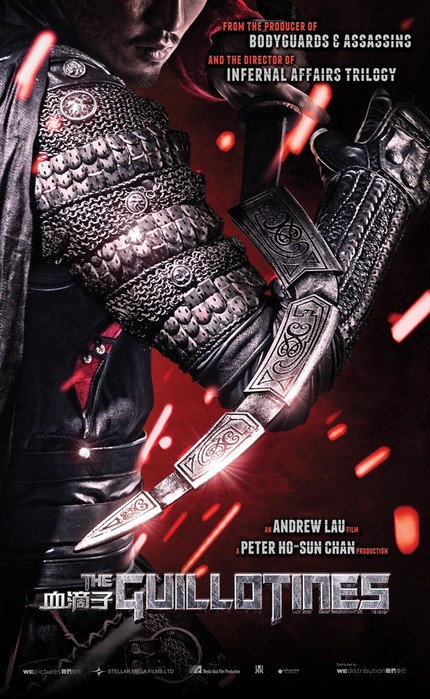 A project that began life as a remake of Wong Cheuk-hon's 1976 wuxia film Master Of The Flying Guillotine before morphing in to something slightly different, there has been a great deal of drama behind the scenes of the Peter Chan produced The Guillotines. But with Andrew Lau now firmly in the director's chair and the production rolling along we now get out first taste of what may have resulted from the shuffling of directors and writers on the long in development film with the arrival of the first sales art from the picture. And, yes, it includes our first look at the titular weapon.