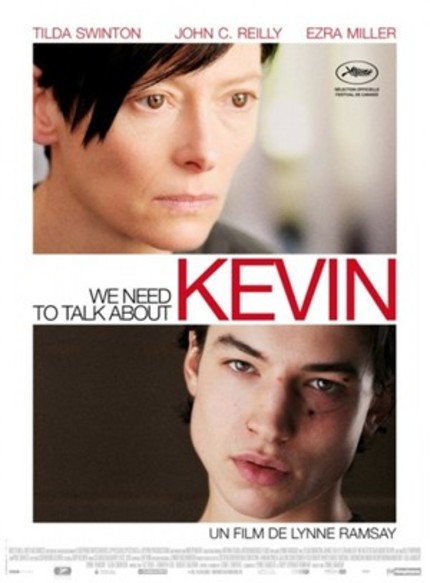 Last week the first trailer for Lynne Ramsay's We Need To Talk About Kevin turned up in France and that initial trailer has now been followed by a new UK effort. And this isn't just repackaged footage, either, the new trailer is an entirely different effort, one loaded with fresh footage that puts a slightly different spin on things than did the French version.

Cannes described the film this way:

Eva puts her ambitions and career aside to give birth to Kevin. The relationship between mother and son is difficult from the very first years. When Kevin is 15 , he does something irrational and unforgiveable in the eyes of the entire community. Eva grapples with her own feelings of grief and responsibility. Did she ever love her son? And how much of what Kevin did was her fault?

The Guardian had the official bow for the new trailer, which you can find below.
Tweet Post Submit