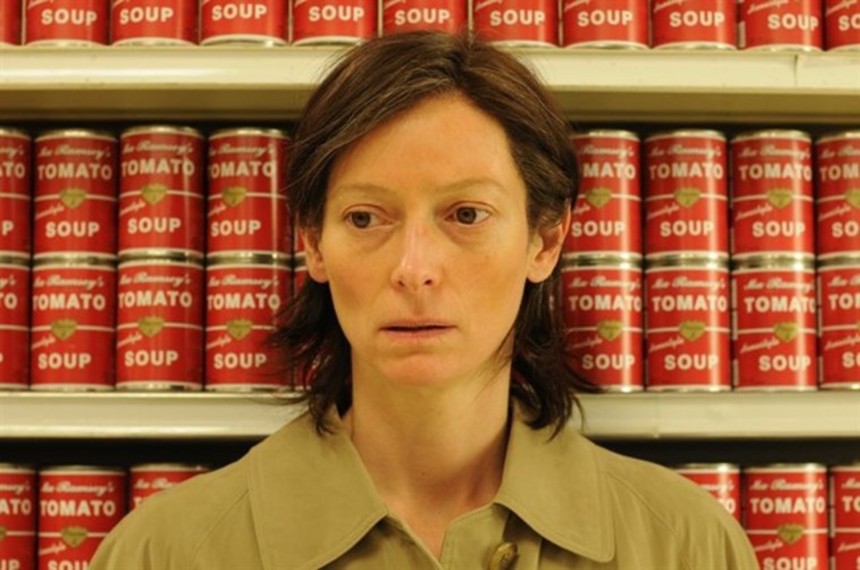 Though it premiered to mixed reviews in Cannes, Lynne Ramsay's We Need To Talk About Kevin is still destined to be one of the most talked about indies of the year. This is so because of Ramsay herself - here returning to the big screen after a fairly lengthy gap - a mesmerizing lead performance by Tilda Swinton and, of course, the thorny subject matter of the film itself.

Swinton and John C Reilly star as the parents of teenage Kevin (Ezra Miller in the character's teenaged version), the perpetrator of a high school massacre. But it's not the killing that is the actual subject of the film but the aftermath, specifically how you cope with being the parent of a monster. And while I gave the film one of its mixed reviews even the harshest critics agree that Swinton is absolutely astounding in the part and almost certainly will be much talked about come Oscar time.

Some clips from the picture turned up prior to the Cannes premiere but now the first full trailer has arrived prior to the French theatrical release. Check it below.
Tweet Post Submit