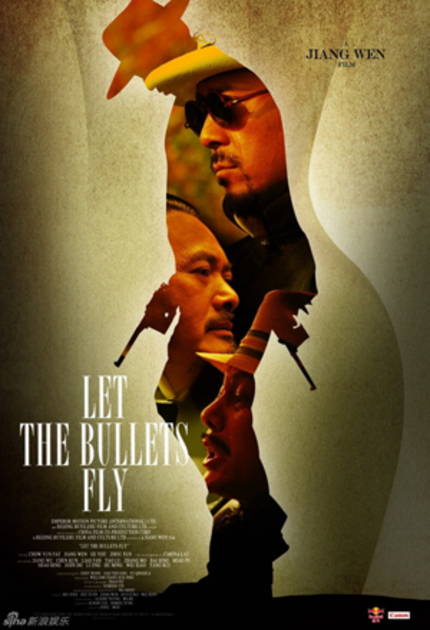 I guess it's just one of those nights.

Let the Bullets Fly is China's top grossing domestic film in history, and now it will most likely get it's moment to shine on American big screens.  Well Go USA has picked up all North American rights to this super popular Chow Yun Fat action comedy, and it is only one part of a massive deal with Emperor Motion Pictures in China.  Also included in this deal are several other China/HK features, Benny Chan's Shaolin, Derek Yee's Triple Tap, and Dante Lam's The Stool Pigeon, all three of which will be showing at this year's Asian Film Festival of Dallas starting July 14th.

Well Go USA have been making some major acquisitions for North American theatrical play and home video over the last 3 years, and they've shown that they know what to do with these valuable properties.  The Ip Man films have been big successes, as well as Donnie Yen's Legend of the Fist, and Korean revenge sensation The Man From Nowhere, which made a few of our top tens for 2010.  Their track record is pretty solid, and their future releases keep building up, coming soon we've got Jackie Chan's Little Big Soldier and 1911, and the DTV King of Fighters adaptation.

All of these factors combined give me confidence that the film will be treated with respect and given a fair shot at success with its intended audience in the states.  Well Go USA are planning a release in early 2012 for Let the Bullets Fly.  Stay tuned for more details.

-via The Hollywood Reporter