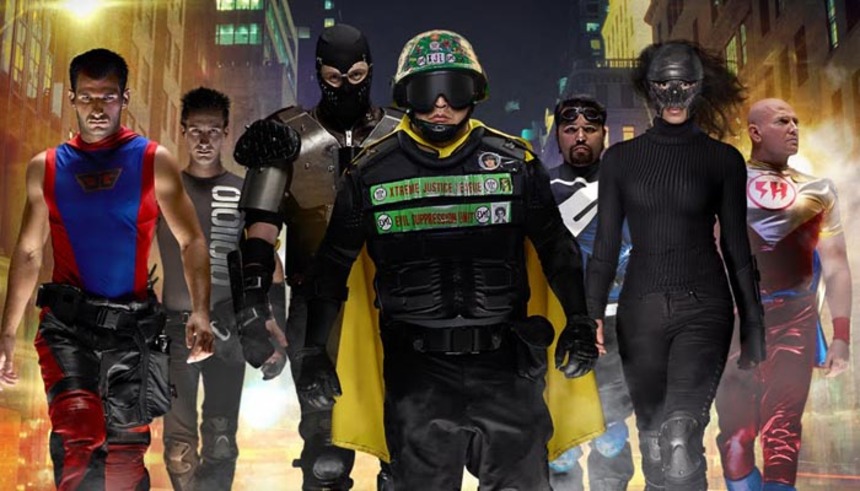 One of the buzzworthy titles at Slamdance 2011 was the real life superhero (that's RLSH for the uninitiated) documentary Superheroes. Docurama Films/Newvideo/Flatiron has just announced they will be releasing the film on DVD November 15 after its HBO premiere August 8 and a Slamdance sponsored theatrical run.

Michael Barnett's documentary explores the RLSH phenomena of citizens who don superhero costumes and patrol their streets looking to dole out vigilante, errr, community justice. It's kind of like Kick-Ass with less Nic Cage.

Docurama Films is probably best known for their DVD release of Michael Stephenson's incredible 2009 film Best Worst Movie. Upcoming releases include The Swell Season and Being Elmo: A Puppeteer's Journey.

In other news, judging by the wardrobe choices of SDCC attendees, it seems this RLSH thing has really taken off.