Cannes 2011: First Teaser For Almodovar's THE SKIN I LIVE IN 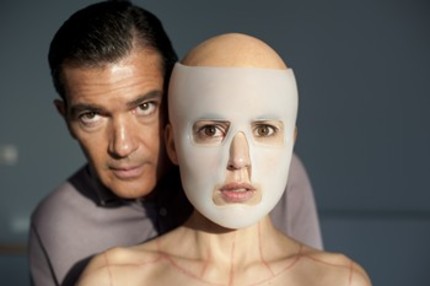 It's been long enough now since Banderas appeared in anything that anyone particularly cared about that it is easy to forget that the Spanish star was once one of the biggest and most compelling in the world. He was that rarest of things: A foreign star who had conquered America without having to create a sort of whitebread version of himself to do it. But bad casting and poor decisions saw Banderas in a string of increasingly shoddy pictures over the years and for the last few he's barely been able to creep out of DTV hell.

Well, that changes this year with a role in Soderbergh's upcoming Haywire and, before that, the lead part in the latest from Pedro Almodovar, The Skin I Live In.

Ever since his wife was burned in a car crash, Dr. Robert Ledgard, an eminent plastic surgeon, has been interested in creating a new skin with which he could have saved her. After twelve years, he manages to cultivate a skin that is a real shield against every assault.

In addition to years of study and experimentation, Robert needed a further three things: no scruples, an accomplice and a human guinea pig. Scruples were never a problem. Marilia, the woman who looked after him from the day he was born, is his most faithful accomplice. And as for the human guinea pig...

Soon to premiere at the Cannes Film Festival - the synopsis above is theirs - the first teaser has just arrived and represents Almodovar as we like him best: Twisted.