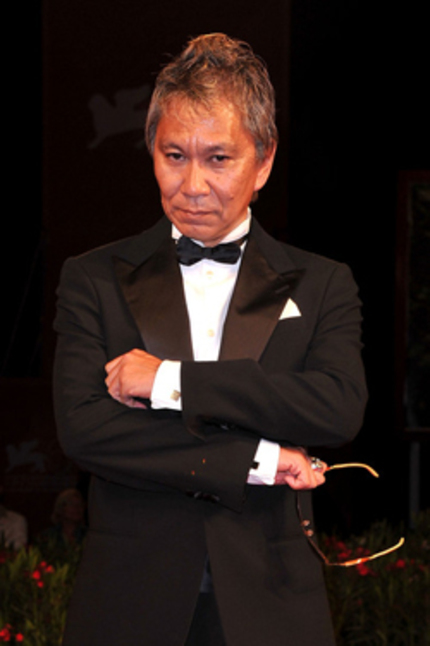 Ooh Mack I'm seriously jealous. I was gunning for an interview with him in Rotterdam but he had to cancel his plans on visiting the festival. I still hope to be able to pick his brains one day...

And I second your feelings concerning the technology issues which seem to follow us all like a plague. I blame design: technology should be made to also work when we are nervous, dammit!

Finally: that picture shows one very dapper-looking Miike, and the first time I think I've ever seen him without his glasses on his nose.

When I found out he was remaking Harakiri in 3D, I'm fairly sure I spewed in the back of my mouth. It is an absolute treasure and 3D is my least favourite invention.

I'll be watching 13 Assassins with great interest to see if he'll be able to do my favourite film any justice, but this is the first film I truly love to be remade and I'm starting to realise why they provoke such intense reactions.