Beware The Coming Of The Nazi ... Chocolate? 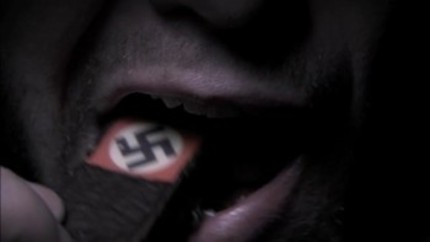 As you might imagine, doing what I do every day I often come across things that leave me simply shaking my head and wondering how people come up with this stuff. It happens less now than it used to, my brain now more jammed with bizarre stuff than it was a few years ago, but it still happens. And it happened just now with ... wait for it ... Panzer Chocolate.

Yes, it's a Nazi themed horror film apparently about ol' Adolf transforming beautiful young Jewish women into bars of chocolate suitable for a tasty Aryan snack. And if that's not strange enough how about this: It appears to be playing things straight faced.

Developed as a trans-media project in Spain expect to see Panzer Chocolate soon joining the film. In the meantime get a taste below. But be aware: Breasts are plentiful so it's not the most workplace friendly viewing ever.
Tweet Post Submit

Visit the official site
Thanks to Captain Awesome, bringer of the strange.